Why Is The US Strip Mining Radio Spectrum?

For many months, now stretching into years, the Curmudgeon has been searching for logical explanations to a bedrock fundamental question, the very one which underlies almost all of his recent blog postings:

Why is the United States (and, to a somewhat lesser extent, the rest of the First World) consuming, burning up, pillaging the finite amount of radiofrequency spectrum at a rapid, accelerating, and unsupportable rate?

Why are we (in this North American society) in effect “strip mining” this gift, this natural resource, primarily just for short term financial gain and/or transient pleasure?  What will we do after the entire available spectrum is consumed and the demand for still more spectrum continues unabated, after all the “administrative fixes” and other sleight-of-hand spectrum management tricks have been applied and still there is not enough?  When, as a result of ever increasing spectrum loading, ambient noise levels continue to rise and coverage areas continue to shrink? 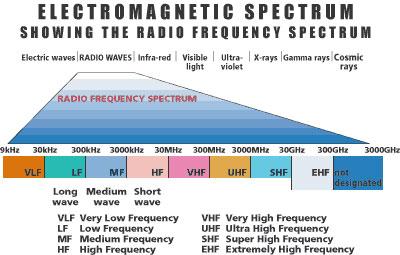 What will we do when we find ourselves as a society and an economy trying to shovel six new pounds of puppy poop into our sole remaining one pound bag?

From much pondering and thinking about the problem a tentative “first cut” at a general explanation did finally emerge, and it is presented here for discussion, along with a proposed approach for a solution.

The Curmudgeon has used the following list of observations, all from his personal experience, as part of the work toward a first tentative answer.

1.  A young saleslady at an electronics store operated by a well-known nationwide chain cannot answer the question “can this TV set (which I am considering buying) receive over-the-air television broadcasting?,” a medium of which she has no knowledge.

2.  A middle-level IT manager, needing to transfer one of his wire line digital networks onto a public wireless platform, cannot understand that wireless networks do not have the inherent transmission reliability of an Ethernet system, and that different wireless carriers have different service area coverage maps.

3.  Cellular telephone base station technicians have never heard of the equivalent private land mobile radio networks, and in any case have no interest in learning anything new beyond the details of their own field of employment.

4.  Employees in an IT department in a large corporation sit at their desks making cell phone calls (on company-funded commercial mobile carrier accounts) while their desk telephones are at easy arms’ reach.

5.  Many, probably a majority, of Amateur radio operators have no idea at all what kinds of radio services co-share the spectrum, even one kilohertz outside the edges of their own ham bands.

6.  Computer owners reflexively install “wireless routers” in their homes and apartments and accept potential security problems and range-reduction from RF congestion, rather than to do a one-time installation of Ethernet cable.

7.  AM radio broadcasters complain about “excessive ambient radio noise” and reduction of their coverage contours in the urban areas that they serve, leading to increasing inability of their audience to receive usable service from the broadcasters.

In the Curmudgeon’s judgment all of these situations largely, but certainly not uniquely, point toward a common source, one basic origin:

The citizens of the United State, in overwhelming numbers, do not understand at a conscious level that the radiofrequency spectrum exists as a physical medium, that it is a finite resource which they themselves own, and that it is in some respects a “fragile” structure requiring attention.

The average, even the well-educated, citizen of the United State is clueless about this.  Few know of the existence of electromagnetic fields, and even fewer are conversant with how the fields lay out and are used for practical needs.  No individual outside of the wireless industries could begin to place even a rough economic value on this unique natural resource, and in today’s economy it is the “cost” of something which determines how it is treated.  “Free goods,” which are not subject to “full-cost accounting” and thus whose prices do not include their real environmental costs, are almost always squandered, and today the use of the radiofrequency spectrum is, for consumers, a free good.  (Cellular telephone carriers and broadcasters, of course, have a radically different view of this!)

Is it therefore surprising that consumers are smitten by the idea of doing all their communications (in the general sense of the term) and their entertainment “wirelessly,” and that many manufacturers of consumer goods look at no-cost use of the radiofrequency spectrum as a quick, cheap, and easy way to increase their sales?

What practical need does the public have for understanding the existence, limitations, and liabilities of the spectrum?  Why shouldn’t they just continue to “flow their individual lives onto the spectrum” and never think twice about what they are doing?  For them, generally, there has always been “sufficient spectrum” into which to expand their needs and, to be accurate about this problem, most areas of the country and most radio services didn’t begin to experience serious spectrum shortages until perhaps the beginning of the 1990s.  It’s a fairly new problem, but one that is growing in seriousness and urgency.

The place to have once learned something about the spectrum is in the elementary and secondary schools, but elementary school teachers generally are not well-conversant and comfortable with science (and math) and in secondary schools only a tiny percentage of U.S. students (i.e., the “nerds”) study physics.

Even in the small number of surviving high school physics classes, the curriculum unit on the EM spectrum flashes rapidly by, with just a mention that “radio lies between this frequency point and that point, while above it……..”  Even five minutes in a physics class spent discussing the basic structure of radio applications (transmission, wave propagation, and reception) and mentioning some of the services which occupy the spectrum would be a “great leap forward” in public understanding.

In engineering schools the EM spectrum often gets short-shrift.  ME, CE, BioE., and Comp.E students will get very little exposure to it, and even within the EE field “electromagnetics” isn’t a high priority subject area when compared to DSP, digital circuit design, solid-state devices, etc.  Consequently many engineers themselves aren’t able to discuss the topic knowledgeably with their non-engineering friends.

If the electromagnetic spectrum could at least be recognized by the general population as a publicly-owned natural resource that needs to be kept sustainable, there would be some basis for hope.  Proposals, for instance, to massively log and clear-cut Yellowstone National Park would almost certainly be met with strong opposition from a public that is knowledgeable about the damages that would result from this action.  They would raise considerations about long-term resource sustainability versus short term profit.  The same kind and degree of response should result from proposals to strip-mine the radiofrequency spectrum.

But there is precedent for public action on radiofrequency conservation from other independent efforts already occurring in a different part of the electromagnetic spectrum.  Terrestrial astronomers have had some success in dealing with “light pollution,” created by the existence of indiscriminate outdoor illumination within large cities during the hours of darkness.  The increased city light fluxes, when scattered by atmospheric particles (thus producing, i.e., “noise” in our working vocabulary), diminish the astronomers’ ability to receive very small numbers of photons from distant stars and galaxies.  So the astronomers have begun working with local governments to institute more efficient (and controlled) nighttime lighting and thus to lower their local background noise levels.  And they have had reasonable successes with their efforts.

If one technical field has shown the path, why cannot we, the (relatively low frequency) occupants of the same spectrum, follow their lead?

A tentative list of the goals for a program of going to the public with a campaign for education and spectrum cleansing would include:

1.  Bringing to general public awareness the existence, function, ownership, uses, and need for sustainability of the radiofrequency spectrum.

2.  Making the public aware of the economic value of the spectrum as a limited natural resource.

3.  In view of the natural scarcity of spectrum, leading a new public discussion of a prioritization of uses for the spectrum.

4.  Sponsoring a campaign for reclamation, abatement, and clean-up of human-caused radio noise pollution, including non-radio electrical noise generators.  This would include pressing for both “efficiency” in individual applications (i.e., the “most bang per input watt” and the least perturbation of the general radio noise level for each proposed RF application).  This is in line with other conservation campaigns, both for increased energy efficiency and for reduction of pollution from various kinds of sources.

Finally, there is the question as to who should be the “point man” to conduct the campaign.

The Curmudgeon has an initial recommendation.  It should be the IEEE, the largest professional organization which deals with “matters electrique.”  They have both the stature and the experience to conduct this campaign, which might well begin with increasing their own members’ understanding of the spectrum.  The IEEE has already published some articles dealing with radiofrequency spectrum matters in their general interest engineering magazine Spectrum and thus has an existing understanding of the problems.

The very notion that the citizens of the United State could actually understand this matter of great natural and economic importance and could participate in gaining effective control of the existing problems is astounding!  But the Curmudgeon has faith that it could be done.  Wouldn’t this be a fine time to get it started?

Why AM Stations Have A Key Role In Broadband Deployment! – Free Webinar!