“THE WAY WE WERE:” DIFFERING GENERATIONAL VIEWS ABOUT TECHNOLOGY Part I

In writing these posts the Curmudgeon has tried to bridge the views and outlooks of its readers’ several different age generations, and has attempted to prepare the descriptions to be meaningful across the entire range of ages.  But indications have become evident that the views about the role of telecommunications (and related products) in human society that are held by the current generation of young adults might be materially different from those of older workers who grew up in a far different technological environment.  In today’s world of telecommunications, there is an effect that can be described (loosely and probably somewhat inaccurately) as “generation gap” between young and old, fueled in part by the exponential rate of growth in the technology and its ability to perform ever more tasks.

That wouldn’t matter much except that often the young, as they have done in every generation, insist that their views are the only “correct” or “modern” ones and that the outlook and experience of the senior generation is somehow no longer “current” or “valid.”  In effect, for the young “the world is purple!” because purple is the only color they have ever experienced.  To the seniors, however, the world is multi-hued and for them there are many different possible ways of assessing today’s technologies.  Paramount in all the discussions, of course, is the need for a reasoned view about the care and maintenance of the RF spectrum.

The present younger generation, perhaps to a greater extent even than in previous generations, gives indications that it has less interest and places less credence in those events and developments that preceded its own existence, i.e., in the “historical world.”  Thus it tends to condition its thinking and views largely on what it has directly observed itself, i.e., upon “the world of today, that we know now.”  That somewhat minimizes the notion that there can be other valid ways of thinking about and of developing new technology.

In the series that follows, the Curmudgeon will try to slightly equalize the balance in views between youth and seniors. The premise here is that it would be helpful for the current younger generation to understand an earlier world of technology and the humans who created and used it, the world of their parents or grandparents, in order to develop a broader view of just where technology “fits” in human life and culture.  To see, perhaps, how earlier generations lived their (ostensibly) fulfilled lives with necessarily less dependence upon technology, and from this insight perhaps to gain a more rational view about the place of today’s technology.  And, along the way and not inconsequentially, to develop an appreciation of the tremendous advances in technology that have been made within a single human life span!

The Curmudgeon invites you to “walk an historical mile in his moccasins” (they are men’s size 13, which means that they probably won’t fit you very well).  Let’s take a telecommunications-centered look back at an earlier era to see what kinds of technology were then available and how ordinary people reacted to and lived with their technology.   And let it be clear about the descriptions:  there are no value judgments to be made here, no labeling of “good technology” and “bad technology” either past or present.  We can’t cover the entire field of telecommunications technology here (that would take an entire book), but we will hit some of the more common areas of consumer technology.  Undoubtedly there will be some omissions, for which regret is offered in advance.

For our “technology demonstration year” we’ll take 1960, fifty years ago.  This means that readers younger than about age 55 will have little to no recollection of the world that existed then.  To set the background for the story, the year 1960 was a good year for the US in general.  The Korean War had already ended in a cease-fire, and the Viet Nam War wouldn’t begin in earnest until several years later.  The country was then at peace (in terms of shooting wars, but the “Cold War” with the Soviet Union was well underway) and it was reasonably prosperous.  Most people who wanted to work held jobs and nationwide unemployment was low.

There was an exciting presidential nomination convention that summer, and an extremely close presidential election in November.  Early in the following year a young, popular president would begin his (tragically-foreshortened) term in office.  The American civil rights movement hadn’t yet quite begun then, and the term “hippie” wasn’t yet in general circulation.  No one had yet given much consideration to the preposterous idea of sending American spaceships and crews to land on the moon!  And most consumers were able to afford the existing 1960 technology, were satisfied with what they owned, and tended to keep and use their devices for a number of years.

So let’s begin the survey of the 1960 technological world using a standard classification scheme: for each major class of technology we’ll list “What of today’s equivalent technology was then not yet available” (available means “in the mass consumer market”), “what technology was then in use,” and “what kind of life style did people then using the existing technology lead.”  We’ll start with relatively simple and commonplace technology: the telephone. 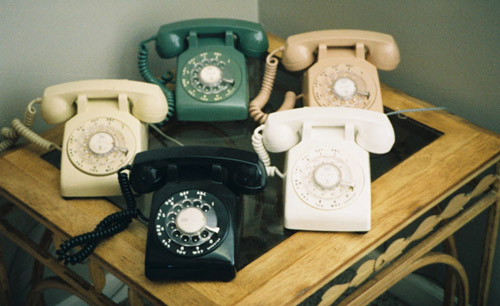 Lifestyle:  Even at that early time perhaps 98% of the population of the country had basic telephone service.  The majority of (but certainly not every) households had a single unshared telephone line (i.e., their own “telephone number”), with their single rotary-dial desk set usually located in a central area in their living quarters.  A few larger homes had one or more extension telephones.  All equipment and service was leased from the local telephone company, which company, for the majority of the population, was an operating division of AT&T.  Consumers could not purchase their own telephones, and retail stores did not sell them.  Consumers were forbidden by law to attach any physical device of their own to the telephone network.

“Long distance” (toll) calling was provided almost exclusively by AT&T, using a combination of coaxial cable and fixed microwave radio technology, with all paths controlled by large switching/routing centers.  The use of telephone “Area Codes” and self-dialed toll calls was just beginning.  Long distance calls, because of limited AT&T network channel capacity, were expensive: a three minute call across several states during the business day could cost the equivalent of $20 in today’s economy, and the call quality was lower than today’s expectations.  Most consumers made only a few, typically brief, personal long distance calls, reserving them for special occasions and making them at the lower night or weekend non-business rates. 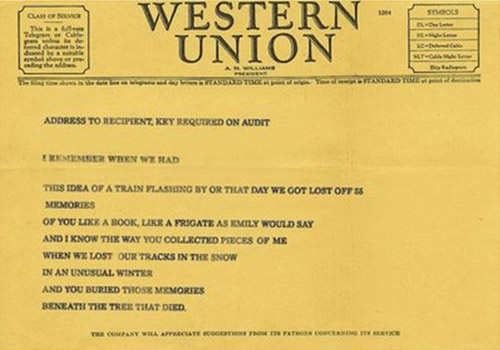 No one yet had any expectation of digital or data services via the existing telephone network, which itself was almost entirely analog and copper-based.  FAX service for the general population did not exist.  Teletype (a registered trademark) remote teletypewriter service was used only by large companies and institutions.  For the consumer, printed “telegrams,” provided by the (independent) Western Union Company, were short text messages sent by Teletype over a private network, directed toward a specific addressee.  At the Western Union receiving station the messages were printed, pasted onto special forms, and delivered to the addressee by messengers.  The telegrams were billed by the number of words they contained, and service could be relatively expensive.  They carried the advantage, however, of being a written message (which could include transfer of money – as in, “wire me some cash!”) that could be delivered to most parts of the country in a single day.

“Mobile telephone service” did exist but was quite different from today’s cell phones and was quite rare and very expensive.  Mobile telephone radio equipment was permanently mounted in cars, with a large electronics case in the trunk of the vehicle and a control head/hand set mounted under the dash board.  There were no hand-held wireless phones.

Major metropolitan areas had perhaps only a dozen pairs of assigned VHF/UHF mobile telephone service radio channels, and during peak periods subscribers would have to queue on line to place their calls.  Many systems required a human operator to initiate a call, which included taking the desired telephone number by voice instruction from the mobile subscriber and then dialing the call from her switchboard.  A few systems were automated, with a rotary dial system available in the subscriber’s car.  However, one would have to wait for a radio channel to become available before dialing.  The mobile service operated with conventional land mobile FM emissions which were not encoded or encrypted, and individuals with suitable general coverage tunable VHF receivers (“scanners” had not yet been developed) could easily eavesdrop if so inclined. 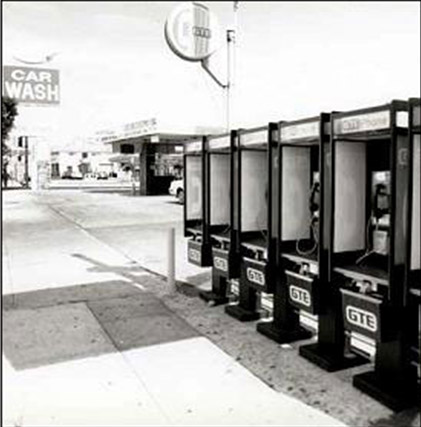 The vast majority of the population without mobile service typically made their calls from public, coin-operated telephones located in kiosks in public areas with high foot traffic.  “Looking for a pay phone” was a skill that was well developed in most of the population.

In general, in 1960 the land-line telephone was an old and trusted technology, not in any manner a fad of the moment, a service which everyone accepted and used when it was needed.  But it could provide only a basic voice circuit between two parties and nothing more.  All of its “exciting developments” still lay far in the future.

In the next post we’ll look at the broadcast radio and television services in the year 1960.

“Let’s save the universe for RF”

13 New FCC AM Protection Rules You Need to Know!
Notes for risk and compliance managers