“THE WAY WE WERE:” DIFFERING GENERATIONAL VIEWS ABOUT TECHNOLOGY Part 5

In this series we have been looking at the telecommunications technology available to the average consumer in the year 1960 and comparing it with what exists today.  In this concluding post we will summarize what has been presented and draw some (personal) conclusions.

It should be somewhat apparent to the reader of these past postings that life for the typical American in 1960 was quite a bit different from what it is today.  And this was certainly the case for our area of interest, telecommunications technology.

Americans in 1960 did have technology to use, although it was admittedly primitive by present-day standards.  What may be less clear, however, is that the citizens of 1960 had a different and more relaxed attitude toward technology than do most current users.  This 1960 attitude manifested itself in at least two ways.

First, there was not an overwhelming demand for “instantaneous aural/visual/data communications.”  In 1960 a person would send a written or typed letter to a friend or relative living in another state in the certain knowledge that, at best, a written reply to the sender would not be arriving for at least a week, and possibly even quite a bit more time.  Similarly, the huge majority of people could not place telephone calls from their automobiles or while walking or shopping or sitting at sports events.  No one in those days had the expectation that they needed this capability, and thus many telephone calls were necessarily delayed until the caller reached the location of a stationary telephone.

Did 1960s society shatter because of the unavoidably “long” delays in correspondence or conversation?  Not at all!  Friendships endured and business was conducted successfully, even without minute-by-minute “update blasts.”  Everyone was adjusted to and comfortable with the idea that the communication techniques of the time were not instantaneous.

In 1960 the existing tools of telecommunications technology certainly were acknowledged and used daily by the citizens of the country, but they had not achieved the supreme importance that they seem to have gained today.  They were a customary and unexceptional part of life, not a central fixation of the culture.

Second was the fact that the technology that then existed changed relatively slowly and at rates that consumers could manage.  Citizens who purchased electronics in 1960 did so with the expectation that the new item would remain in service essentially until such distant time that repairing it was no longer economically justified.  They demanded that their technology would not become technologically or (by today’s standards, far worse) “fashionably” obsolete during its normal service life.  The technology of the time was relatively simple, usable by most people without large amounts of training, and economically repairable.  After installation a new technological system was expected to provide years of service. 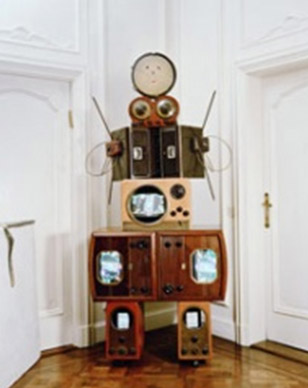 An example of the rate of change was the advent of color television broadcasting, which occurred in 1954.  In that first year stations (and networks) might broadcast only three or four hours of color programming per week (the new color broadcasts could be received very adequately on existing black-and-white television sets, although these sets of course produced only black-and-white images!).  It was not until the late 1960s or early 1970s that stations began to transmit all programming in color.  Gradually consumers began to purchase new color sets as the amount of color programming increased.  However, even then the old black-and-white receivers were set up elsewhere in the house and continued providing service as “second’ or “third” sets.

Thus to the country in 1960, the idea that a new television or radio in those days would have only a two year “effective service life” before obsolescence would have been considered preposterous, and a manufacturer who offered such a device would probably fail in the market.  The citizens of that era were not fixated upon “breaking news!” new technology, did not see any value in the concept of “unceasing continuous upgrades,” did not demand a “new toy” every several months to keep them stimulated.  They accepted and used the technology that was available, appreciated what it could do, and did not give it any undue attention.

So, were our forbearers just wretched poor slobs who were cursed by their time and place for not having all the technology that we today have?  Not at all!  No one then alive ever sat around cursing the horrible realization that “I’m going to have to wait another forty years before I can get my first Play Station!”  “Twenty-first century technology” simply wasn’t necessary, wasn’t important, was never missed.  The people of the year 1960 carried on their daily lives successfully, lived and loved, worked and accomplished, triumphed and failed…..and did it all without permanently installing on their persons a quarter-million active semiconductor junctions residing in various personal electronic devices.  They controlled their technology, and not vice versa!

This narrative and the conclusions may well be taken by some readers as reflecting an “anti-technology” view of an old timer; someone who does not understand the technological “wonders” that have been visited on the modern world, a miserable and wretched individual whom time has past by and has dumped on the side of the highway.  That’s an easy and quick conclusion to draw, and some uncritical readers may do so.  But it’s wrong!  There is nothing “anti-“ contained or intended in this expressed viewpoint.  And no lack of understanding or adoption of new technology by the author! 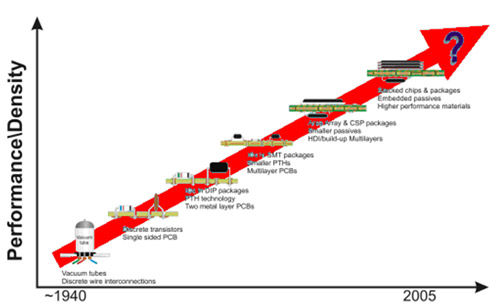 Today’s electronic technology is quite understandable: it’s still the same basic circuit elements (amplifiers, oscillators, switches, filters, etc.) that have existed for almost 100 years.  The new consumer technology consists, for the most part, of less expensive, large-scale extensions of earlier technology. The Curmudgeon has investigated and mastered most of the new technology, often beginning to use it when it was first introduced and long before its use became “trendy.”  For example, he received his first “Internet” e-mail address in 1983, when the network was then known as ARPA Net, he purchased his first home computer in 1986, his first business-related cellular telephone went into service in 1993, he first did two-way wireless texting for business purposes in 1997, and home broadband connectivity arrived in 2005.  There’s no generation gap in understanding and ability here!  But there is a generation gap in viewpoint about the value of and the necessity for the avalanche of current technology, and about its proper place in a human and humane life.

At the bottom level of all this modern state-of-the-art electronic glitz and hype, it’s just human-created technology.  It’s not society, culture, art, truth, creativity, natural beauty, interpersonal relations, family, love…………..or life!  Technology should never substitute for any of these human pursuits.  Neither should it obliterate the RF spectrum in the name of “novelty” and “convenience.”  Technology does not have to enslave; it can be controlled by individual choice as our ancestors once did.

“FOLKS, IT’S ONLY TECHNOLOGY!  Just deal with it!”

“Let’s save the universe for RF”