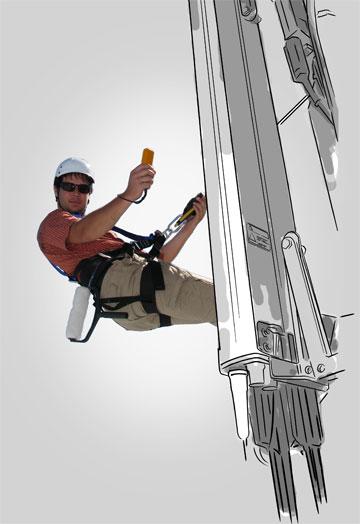 That plea is the gist of calls that come to Betty Perez, director of logistics and resources for LBA Technology. Perez is an old hand at fielding hurry-up requests from LBA customers, but the telephone calls she receives about the fieldSENSE ProHD™ Heavy Duty Pack are in a special emergency category all their own.

“One guy called me and said he’s on a tower and his alarm is going off. What should he do?” Perez recalls with merriment in her voice. The man was carrying a fieldSENSE RF monitor, the personal RF device for anyone working near wireless antennas. Obviously, he had never before had the alarm sound.

“I tried not to laugh at him and told him to move away from the area he was in as soon as possible,” she says. “He said, ‘Why?’ I told him his monitor was doing its job.”

Designed for convenient carrying by a tower or site worker as OSHA personal protective equipment, the monitor continuously measures RF exposure against safety limits—and sounds an alarm when the RF environment begins to threaten. Perez explained all this to the man, who seemed to have no idea about the monitor’s function.

“You would think he’d have read the manual,” Perez says. The fieldSENSE is calibrated to OSHA and FCC maximum permissible exposure (MPE) occupational compliance levels, so it is suitable for all personnel working near cellular and other wireless antennas. Monitoring frequencies are optimized for the wireless carrier bands.

The fieldSENSE ProHD™ Heavy Duty Pack is good at “doing its job.” The sensibly priced personal radio frequency monitor system includes the monitor, a rugged padded nylon pouch specially crafted to be worn on rigger harnesses and work belts, backup heavy-duty batteries to avoid down time at the top of a tower, and a durable container to protect the monitor on a shelf or in the toolbox.

Besides being affordable, the monitor is ruggedly structured and intuitively usable. Designed for one-hand operation, the personal RF monitor features single-button operation, a audible warning buzzer, and a bright LED information display panel. The fieldSENSE RF monitor is also weatherproof. Each unit is calibrated before delivery to a buyer, and LBA offers annual calibration and test service back-up.

Desperation calls from the top of a tower admittedly are rare. Perez more often gets another kind of emergency call about the fieldSENSE: Send me some monitors quick! These calls come from companies whose crews have traveled to a work site and discovered they won’t be allowed to work unless each member of the crew has a personal RF monitor on his hip. Help!

“We ship to a lot of motels via UPS next day air service,” Perez says.

The monitors are shipped nearly every day, according to Perez, with calls originating across the U.S., as well as from other countries—the need for personal safety is the same regardless of location.

The versatile fieldSENSE monitor functions in both measuring and monitoring modes. Though normally worn in monitor mode on a belt loop, the device also can be mounted stationary using supplied accessories. This typically is to complement lock out/tag out safety schemes.

Full specifications can be found here. 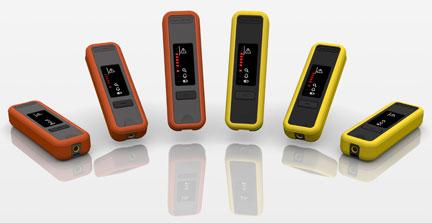 An Old School Education – Radio & Electronics Course 1A: “Introduction to the Oersted”

Dancing to an RF Tune