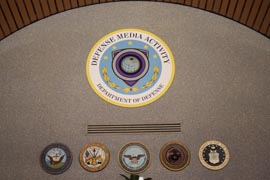 Running now through Sept. 10, the Taste of NAB Roadshow gives engineers an opportunity to have a hands-on, educational look at many of the key technologies introduced to the professional broadcast market at the 2010 NAB Show in Las Vegas.

For those who don’t know, Riverside, CA is the home of the mostly now de‐commissioned March Air Force Base – (now called March Air Reserve Base) where part of the Strategic Air Command (SAC) was once based. It is located about 55 – 60 miles east of down town Los Angeles, CA. The American Forces Network (once called Armed Forces Radio & TV Service or AFRTS) is housed at this Air Reserve Base in a very modern facility.

Asignificantly large percentage of the military and civilians at AFN make up the membership of SBE Chapter 131 and much of civilian broadcast community east of Los Angeles. The national SBE website shows eighty‐nine members currently listed withsixty‐eight certified. This is one of the highest ratios of members vs. certified members in the nation. This chapter has a lot to be proud of.

The audience for this stop on the Taste of NAB Roadshow was composed of mostly of military personnel in casual uniforms, contractors from Taft Broadcasting (they help with the operation and maintenance of the facility), a few DOD employees and some of the local civilian broadcast community. Should you ever visit this facility, you’ll be impressed with the competence and significantly high level of technical skills that these folks have.

LBA’s own John George was on hand for the Riverside  stop on the Taste of NAB Roadshow. John was there to demonstrate and answer questions on such breakthrough technology as the Kathrein-Schomandl ADAM3000 analog / digital TV Analyzer and MSK-200  DTV Signal Analyzer and health-protecting SafeOne Personal RF Monitor, as well as the new Taref3 high-precision master clock by German manufacturer R.A.M. Gmbh.

The very next day, the Taste of NAB Roadshow visited Los Angeles and another one of our own, Paulo Fernandes made an appearance. The SBE in Los Angeles is predominately a radio based group, despite being the 2nd largest television market in the US serving over 5,659,170 households which is 4.927% of America’s viewing audience. The television folks are more into SMPTE and STE. STE (Society of Television Engineers) is an organization that only exists in Los Angeles. 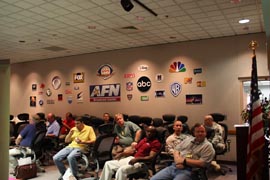 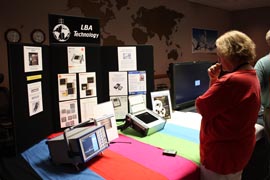 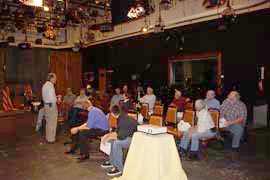 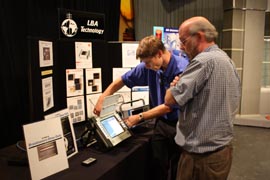 American Tower 177-foot monopole crippled while being rehabilitated in Michigan