Almost 25 years after President Ronald Reagan said the famous words,” Mr. Gorbachev tear down this wall”, LBA Group President Jerry Brown meets with representatives of the Commonwealth of Independent States at the recent National Association of Broadcasters Convention in Las Vegas, NV.  Pictured with Brown is Max Sidorov and Victor Shegay.  The picture was taken by Izzat Aripov.  The meeting was arranged by Frank Massa.

During the meeting the group shared laughs and exchanged stories of being school kids during the Cold War, and how on both sides of the Atlantic, as students, they were “climbing under their desk at school” practicing attack drills.  Included in the discussions was LBA’s dominance in the International market of High Power Medium Wave projects. LBA has been in the AM broadcast transmission market since 1963 – in the Cold War era. 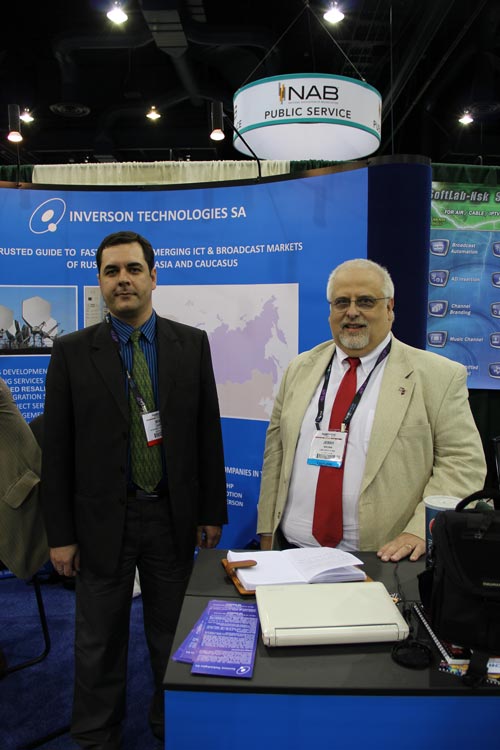 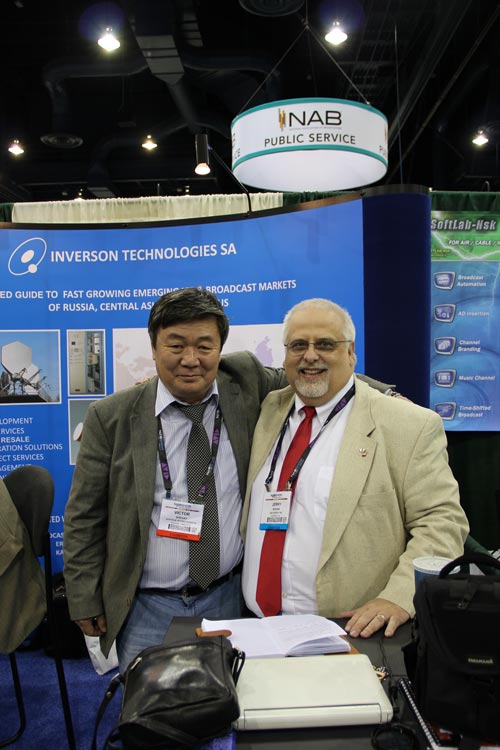