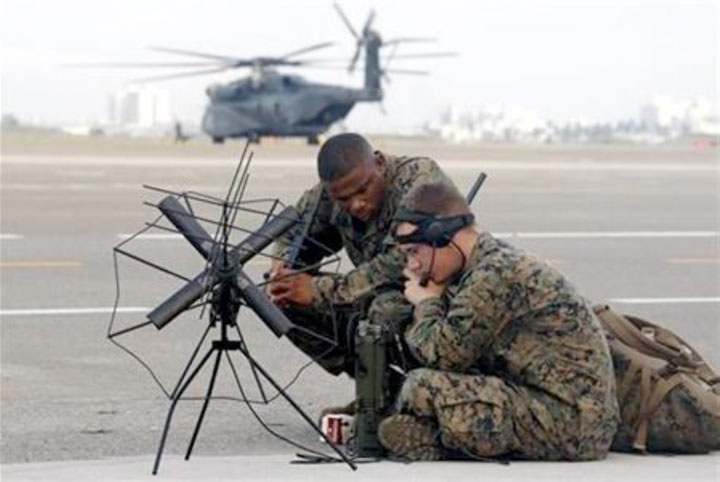 Being a soldier is a source of pride to many. Serving your country is a matter of honor. But that cannot erase the hard reality that soldiers have to live in some of the toughest conditions especially during wartime. Besides the primary issues of safety, protecting your nation and managing to stay alive, communicating with the outside world for professional or personal purposes becomes the most difficult aspect in a military camp or site.

The Evolution of Military Communication

Wars have existed since the existence of mankind itself. Every time a husband, father or son had to report for war, the families remained in a state of fear and uncertainty. The days of World War I and World War II were marked with this turbulence and uncertainty as far as military communication was concerned.

It was before the advent of advanced telecommuting and computing that signals were encoded in war sites through archaic electronic methods and sent. Not only were they intercepted many times which worsened the war time situations but at times they did not even reach the intended destination and the message did not get conveyed.

Luckily, with the advancement of technology these are available now and widely used by the US and British armies.

These integrated mobile AM antenna systems can be installed and operated easily by limited and not specialized personnel as well in times of emergency. They help to stay in touch with area military and civilian populations and to correctly convey on-field information and strategies. In such times, reliable mass communication is of maximum importance.

A transportable system that comes with all ground radials, support equipment and tools needed to function in rough conditions on the battlefield while efficiently broadcasting a medium wave signal is what is needed by military units.

While professional and official communication is extremely important during times of war, many soldiers feel the need to communicate and stay in touch with their families more than ever now. Thank God for fast and robust airwaves that help in achieving this. The internet that we take for granted so easily is what has helped in transforming the landscape of personal communication during war-time. The World War I and II soldiers waited for hand written letters of loved ones with great anticipation and sometimes they did not even reach them. Many times the delivery of the letters to and fro took a long time, some times by the time they reached our soldiers the ink on the paper had lightened to a great degree and the letter remained hardly legible. Sometimes, it only reached the family members or the soldier after he was martyred.

But today the scenario is different. A few years back when our soldiers were fighting in Afghanistan, daily phone calls, e-mails and video calls were a regular with them. Keeping in touch with the people they loved and cared most about gave a huge boost to their mental strength and morale.

Another benefit of this development is, it also allows everybody from the soldier on the battlefield to the commander in the control room to stay connected, fostering feeling of unity and brotherhood.

Naval military communication and automatic distress alerting are much more advanced now. Many systems to provide radio navigation service, location and timing services have come into existence. Land-based antenna systems providing NAVTEX warning information and DGPS correction signals for safety to mariners have also evolved. Radiotelephone services that allow sending of automatically formatted distress alert to a rescue authority are also used by our naval fleet. Calling systems and alerting systems are helping in the transmission and receiving of navigational warnings, weather forecasts and in search and rescue operations as well.

The proper functioning, command and control of the military is critical. And for achieving these, proper communication and information reception and delivery is extremely important. A secure communication network comprising of equipment, personnel and protocols is used by the military forces. Military communication systems, equipments and techniques are evolving rapidly and making the US army stronger, safer and sharper.

Keith Killian is one of the principal attorneys at Killian Davis Richter & Mayle, PC, based in Grand Junction, Colorado. The firm exclusively focuses on personal injury, wrongful death, workers compensation and many more. Keith takes enough time to understand and analyze each and every aspect of his clients' case. And eventually, his team works together to achieve the best possible outcome.

LBA University® Gets Up Close and Personal with Cold Weather Hazards

The Health and Future of AM Broadcasting?