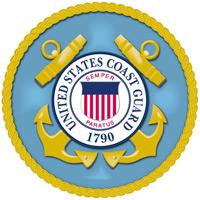 The Coast Guard says LORAN-C isn’t necessary for maritime navigation and the Department of Homeland Security says it’s not needed as a backup for GPS, so will shut down most of its system 0n 8 February 2010. That leaves pilots and other users very concerned about the lack of a land-based redundancy for GPS. Loran C is also widely used for a lab and telecom system precision timing reference. That doesn’t seem to concern Homeland Security which calls it “an antiquated system no longer required by the armed forces, the transportation sector or the nation’s security interests.” Further, it claims that LORAN-C is only used by “a small percentage of the population,” and that those users “will have to shift to GPS or other systems.” “LORAN-C is no longer a prudent use of taxpayer funds and is not allowed under the 2010 DHS Appropriation Act,” according to the Coast Guard. The official USCG notice states:

*** Special Notice Regarding LORAN Closure: *** In accordance with the DHS Appropriations Act, the U.S. Coast Guard will terminate the transmission of all U.S. LORAN-C signals effective 2000Z 08 Feb 2010. At that time, the U.S. LORAN-C signal will be unusable and permanently discontinued. This termination does not affect U.S. participation in the Russian American or Canadian LORAN-C chains. U.S. participation in these chains will continue temporarily in accordance with international agreements. You may read more and download pertinent documents via our LORAN-C page.

The Loran C closures do not affect other navigation, positioning, and information systems such as NAVTEX and DGPS. LBA provides shore transmitting antennas and systems for these services.

LBA Group, Inc. has 50 years of experience in providing RF asset solutions and risk management for industrial and telecommunications infrastructure assets. The group is comprised of LBA Technology, a leading manufacturer and integrator of radio frequency systems, lightning protection, and EMC equipment for broadcast, industrial and government users worldwide; the professional engineering consultancy Lawrence Behr Associates, and LBA University, providing on-site and online professional training. The companies are based in Greenville, N.C., USA.

Tower Job in Trouble for Lack of Crew RF Monitors?