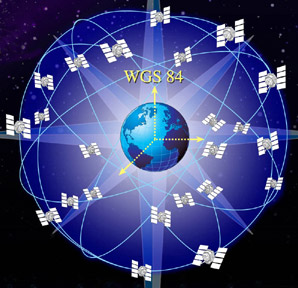 LightSquared apparently has dodged a GPS bullet that almost shot it down before it started up. It will switch to another spectrum that virtually eliminates interference with Global Positioning System receivers.

Early tests by the Reston, Va., 4G network provider indicated that one 10-megahertz spectral block of its Long Term Evolution (LTE) open wireless broadband network severely interfered with GPS receivers. Unfortunately, the block in question happened to be the set of frequencies that LightSquared planned to use to launch its network.

Company engineers subsequently determined that another 10-megahertz block of the spectrum did not create such interference. This company had reserved that alternate block as an area for expanding its service as business grew. Instead, the block will become the company’s primary set of airwaves.

The company had come under fire from GPS users, including U.S. military, fire and safety agencies, various wireless device manufacturers, and farm equipment manufacturers. Most of those complaints seem to have been resolved by the frequency switch. The Federal Communications Commission had given LightSquared till July 1 to come up with a solution. The FCC must approve the final business plan.

LBA has expertise in resolving a wide variety of interference problems in wireless, broadcast, medicine, and industry.   Contact Mike Britner for immediate assistance.

As part of the revised plan, LightSquared will modify its FCC license to reduce the maximum authorized power of its base-station transmitters by more than 50 percent. This will limit the network provider to the power it was authorized to use in 2005, which will provide additional protection to GPS.

LightSquared negotiated with Inmarsat, the satellite company that controls the new block of spectrum in the L Band, to speed up its use of the frequencies. An agreement will allow the company to proceed on schedule, introducing commercial service by 2012.

“This is a solution which ensures that tens of millions of GPS users won’t be affected by LightSquared’s launch,” said said Sanjiv Ahuja, LightSquared Chairman and CEO. “At the same time, this plan offers a clear path for LightSquared to move forward with the launch of a nationwide wireless network that will introduce world class broadband service to rural and underserved areas, which still find themselves on the wrong side of the digital divide.”

LightSquared and the FCC agreed last year on conditions that will let it offer service to as many as 100 million Americans by the end of next year and 260 million by 2016. The company will sell wholesale access to its network to other companies, which in turn will rebrand the services.

The company’s SkyTerra 1 satellite was launched in November from Baikonur Cosmodrome in Kazakhstan by a commercial satellite launch service. Built on a Boeing platform, the satellite features a 22-meter L-band reflector-based antenna and is designed with an estimated lifetime of fifteen years. It will hover above the United States to provide wireless coverage to 100% of the U.S. population.

A webinar truth: AM and wireless are compatible