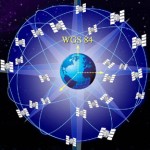 Field testing has been performed to determine the effect of a 4G base station, typical of those proposed by LightSquared, upon first responder GPS devices. Early results of tests in New Mexico show an impact on police and medical services equipment.

Bill Range, Program Director of New Mexico 911 services reported the test results (PDF) in a letter to federal officials. He reported “substantial concerns that the LightSquared network will cause interference to GPS signals and jeopardize 911 and public safety nationwide.” Inaccuracies and outright GPS failures were noted in both vehicle and hand held systems around the LightSquared tower location.

Previous testing by other organizations has also found the 4G technology to be disruptive to GPS. Garmin, a leading manufacturer of GPS consumer and professional systems, published a report in January 2011 which concluded “the proposed LightSquared plan to add 40,000 high powered transmitters in the band adjacent to the GPS, will result in widespread, severe GPS jamming. This will deny GPS service over vast areas of the United States.”  Garmin found interference could extend over 10 miles from a site. The full report and others on the problem may be found on the industry group Coalition to Save Our GPS website http://www.saveourgps.org/studies-reports.aspx.

LightSquared, the FCC, and the FAA have begun tests from a site near Boulder City, Nevada. The FAA has warned all GPS users in a 300 mile radius of potential disruptions. The technical working group performing the testing according to GPS World will host a webinar May 26 for discussion of the test results.

LBA has expertise in resolving a wide variety of interference problems in wireless, broadcast, medicine, and industry. Contact Mike Britner for immediate assistance.