Lawrence Behr Associates, Inc. was selected to provide microwave tower AM detuning services to enable the first high speed internet to Kotzebue, AK. LBA Director of Site Services, Michael Hayden, took on the challenge of leading the project in the hostile conditions above the Arctic Circle. What he and a tower crew from Steelhead Communications accomplished was simply amazing. 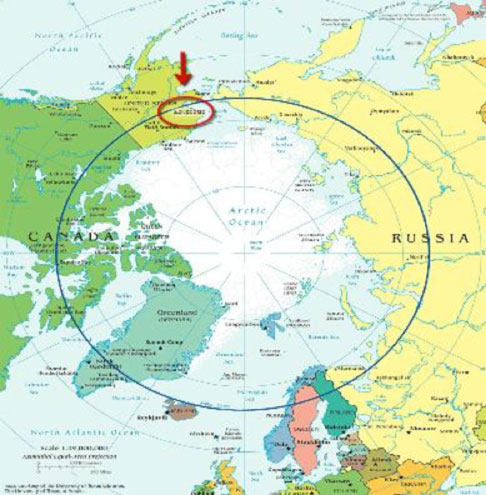 Kotzebue, Alaska – at the top of the world

Look up Kotzebue, AK on a map. It could be one of those places where it can be said “you can’t get there from here”. It is above the Arctic Circle and the only way to get there and back is by air or sea. Until now, the only data service was slow speed by satellite, and the only radio broadcaster for the town and small villages in thousands of square miles was AM station KOTZ.

As they say “times are a’changing”, and a new GCI Communications microwave tower was about to bring the benefits of high speed internet to Kotzebue residents. But, there was a roadblock. The new tower was right next to the KOTZ-AM tower and threatened to disrupt its broadcast service to the remote population relying on it. Not only that, but a non-detuned tower would put GCI in violation of Federal Communications Commission regulations!

To overcome these obstacles and permit “turn-on” of the new internet services before winter, GCI Communications, Alaska’s largest network provider, called upon LBA for an effective, fast solution.

Why was it so imperative to maintain KOTZ service? In addition to being one of the few AM radio stations north of the Arctic Circle, KOTZ is unique in other ways. KOTZ is a community owned public radio station first licensed in 1974. It operates fulltime on 720 kHz with 10,000 watts from a 326 foot guyed tower. It serves a remote and dispersed population, for many of whom it is the only outside link, particularly during the harsh winter. The town has a population of just about 3,000, and its coverage area adds only a few thousand more scattered over an area the size of Indiana. Much of the KOTZ programming is cultural and educational, and an essential resource to these isolated people. While much of its programming is local, programming feeds from the “lower 48” pose a special problem. All of its outside programming feeds now come from massive C-band satellite dishes. Most think of satellite dishes pointing to the sky. Not above the Arctic Circle – the KOTZ dishes point almost flat and to the horizon!

AM protection, or detuning, was required to properly protect KOTZ-AM and to comply with the Federal Communications Commission AM Section 47CFR 1.30002 protection rules. GCI selected Lawrence Behr Associates (LBA) to design and commission an FCC-compliant Detunipole™ AM detuning system for the new microwave relay tower. LBA Director of Site Services, Michael Hayden, took on the challenge of leading the project and being the LBA technical representative on the ground in Kotzebue. 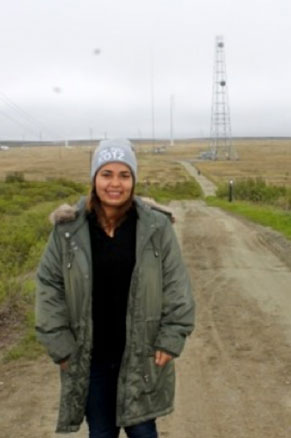 On the road from the KOTZ-AM and GCI microwave towers

LBA designs and manufactures each Detunipole™ for the specific tower for which it will be installed and for the AM radio station(s) it is intended to protect. Detuning a tower suppresses the re-radiation of RF energy from a nearby AM tower. Without this suppression, AM radio stations with transmission facilities near a non-detuned tower can have their signal pattern distorted.

The Kotzebue project required careful planning, because once on site, having additional parts and tools delivered could take days. Supplies in the village were limited too, so even needing something as simple as an extra bolt or screw could be a challenge. LBA sent extra parts and even designed some very specialized components, just in case. Steelhead Communications, the contractor who provided the tower crew, also brought extra tools and supplies. Everyone involved in the project had to anticipate as many challenges as possible prior to deploying to Alaska and plan accordingly. The project had already been delayed twice because of nesting birds on the tower, so it could not be delayed any longer with the tundra eager to freeze as winter approached. Summer is short in Kotzebue, and it was already August!

Two challenges immediately became apparent. The first was with the tower configuration itself. The normal Detunipole™ configuration has the foldwires mounted on the outside of the tower legs. This tower; however, has two 12 ft. microwave dish antennae mounted on one leg with additional dishes planned for the near future. This meant there was no “space available” for the foldwires or their support hardware on any external leg surface. The foldwires would have to be attached and run on the inside of the tower. Mr. Hayden and the LBA shop crew designed and manufactured several special mounting attachments to accomplish this. 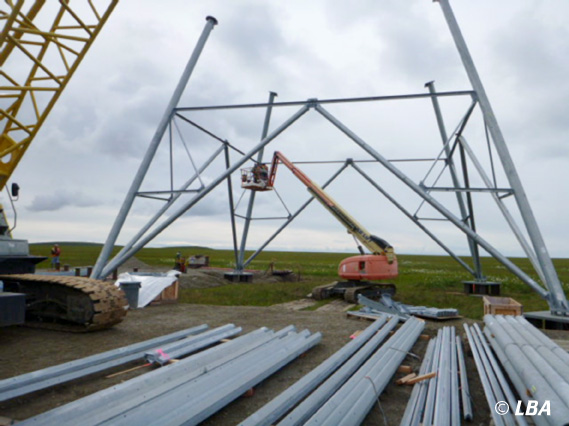 The second challenge was how to mount the detuning network cabinet on the mammoth self-support tower that had just been erected on the Alaskan tundra. Normally, this equipment is mounted at ground level on a support frame located in the center of the tower. The foldwires would come to the center of the tower and connect to a “spider” assembly at the network cabinet. This usually is no problem in the lower 48 states where crews can dig 4 foot deep holes and place 10 foot poles in concrete. Above the Arctic Circle this approach is not possible. The holes would need to be deep enough to reach the permafrost level, and at this latitude, that is 90+ feet. The only option was to mount the equipment on an existing ice bridge support structure located on one of the tower faces. This meant that the foldwires had to transition some rather unique angles and long, unsupported, horizontal runs to get to the equipment. After some on-site design effort LBA’s Michael Hayden and the Steelhead crew chief, Mike O’Donnell were able to fabricate stand-off mounts to support the foldwires at the correct distances from the tower to facilitate connecting them to the detuning network cabinet.

As alluded to earlier, another challenge in working with towers such as this is their immense size and make-up. This tower is 254 feet tall with a base of approximately 50 feet. The leg components are round with circumferences of up to 3 feet. Everything else is diagonal with cross members far apart. This makes working on towers such as this very difficult and dangerous. Add to this early morning condensation, and every tower member becomes very slick. Trying to find a place to “belt-off” is difficult, if not impossible. Mr. O’Donnell of GCI Communications’ contractor Steelhead Communications brought several types of harnesses and various forms of hoisting equipment from their Anchorage facility to insure that all areas of the tower could be safely accessed.

“Steelhead was one of the most professional companies I have worked with in the field and Mike O’Donnell certainly was among the best crew chiefs I have had the privilege of working with,” Hayden said. “Steelhead is a great partner and I look forward to working with them again in the future”. Mr. Hayden could not speak enough about how efficient and skilled the Steelhead crew was on this job. 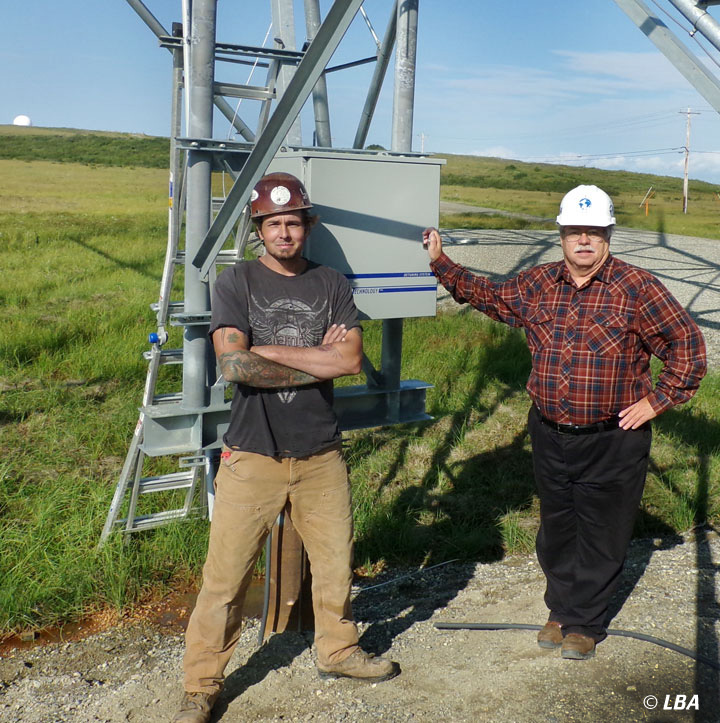 With the successful completion of this project, the town’s only AM radio station is now protected from having its signal distorted by this critical addition to the Kotzebue communication infrastructure. Completing the LBA Detunipole™ was the final task before planned commissioning of the microwave link in October 2014. Once that equipment is on the air, Kotzebue will be connected to the world via a high speed terrestrial data path for the first time in history. 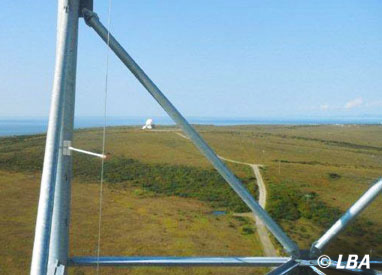 Between long sessions of working at the Kotzebue tower site, Mr. Hayden had the opportunity to see some interesting sights that would thrill most engineer types and technical wizards. One of those sights was the remnant of the Cold War DEW Line radar system. It was built in 1958 to watch for incoming Soviet bomber attacks. It is now part of the Air Force long range radar system. The surrounding base which once housed over 100 personnel has been demolished, and only the radar dome remains.

He also came upon an imposing low frequency "T" antenna that belongs to an old, but still important, FAA radio beacon used to guide flyers across vast stretches of Alaskan territory that are unserved by other terrestrial systems. This antenna system reputedly also radiated the KOTZ-AM signal in its early years, in addition to the FAA navigation signals. One of the FAA's highest power beacons, the Hotham NDB radiobeacon HHM operates at 1000 watts on 356 kHz.​ 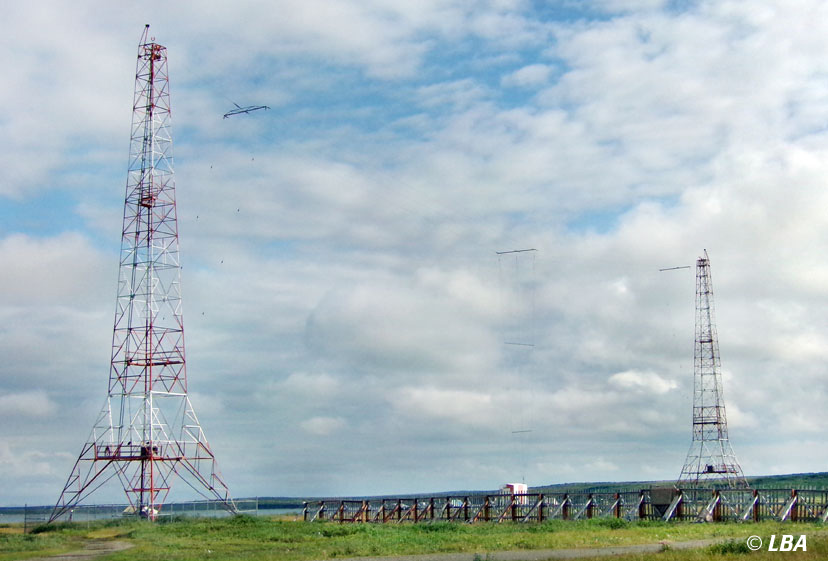 Communications efforts between Kotzebue and LBA’s headquarters in Greenville, NC were unpredictable at times. Currently the village is connected to the rest of the world only by satellite. This was apparent in communications with Mr. Hayden during the three day project. There was often as much as a five second delay in cellular phone communications. This, along with many other communications challenges for the town of Kotzebue, will improve drastically once the new microwave path is energized. 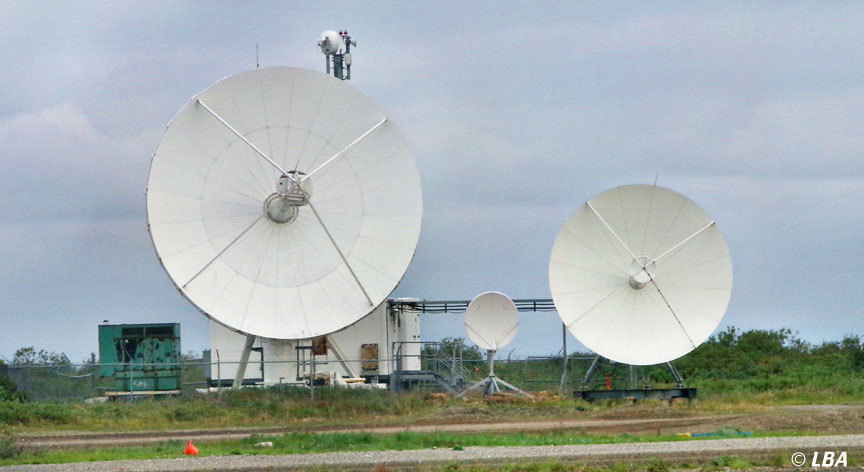 “Working in the Alaskan tundra above the Arctic Circle is very different from working anywhere else in the world,” Hayden said. “We had to work in concert with the general contractor, the tower manufacturer, the AM engineer, and other local resources to produce a very successful outcome that everyone can be proud of.”

This is not LBA’s first excursion into Alaska. In one notable past project, CEO Lawrence Behr led an LBA rapid response RF interference remediation team to the assistance of the US Coast Guard at Sitka, Alaska, on the southern maritime coast. An essential USCG installation on remote Biorka Island was spewing out radio frequency interference blocking communications with FAA facilities by trans-pacific airliners. The airliners needed communications, but the Coast Guard facility was being relied on by fishing boats and other vessels and couldn’t be shut down. After arduous efforts taking many days, the LBA team located and remediated the interference. The case was so unique that it was later used as a case study for engineering students at the USCG Academy.

LBA has successfully deployed innovative solutions across its range of products and services in many other challenging international environments such as the Pacific Islands, Angola, Oman, the Antarctic tip of South America and other far reaching sites. This latest project in Alaska reaffirms that LBA’s services and project management skills coupled with experienced, efficient local forces can overcome nearly impossible odds to produce a positive outcome.

For more information on AM detuning compliance as it relates to communications towers and other structures and the AM pattern protection solutions available from LBA, contact David Horn at: 252-757-0279, david.horn@lbagroup.com. Also find a discussion of recent FCC rule changes on AM detuning at: https://lbagroup.com/blog/new-cellular-tower-am-protection-rules/ .

About LBA:
LBA Group, Inc. has over 50 years of experience in providing RF asset solutions and risk management for industrial and telecommunications infrastructure assets. The company is comprised of LBA Technology, a leading manufacturer and integrator of radio frequency systems, lightning protection, and EMC equipment for broadcast, industrial, and government users worldwide; the professional technology consultancy Lawrence Behr Associates, and LBA University, providing on-site and online professional training. The companies are based in Greenville, N.C., USA.

LBA Provides Wireless Broadband Internet a Home on AM Towers