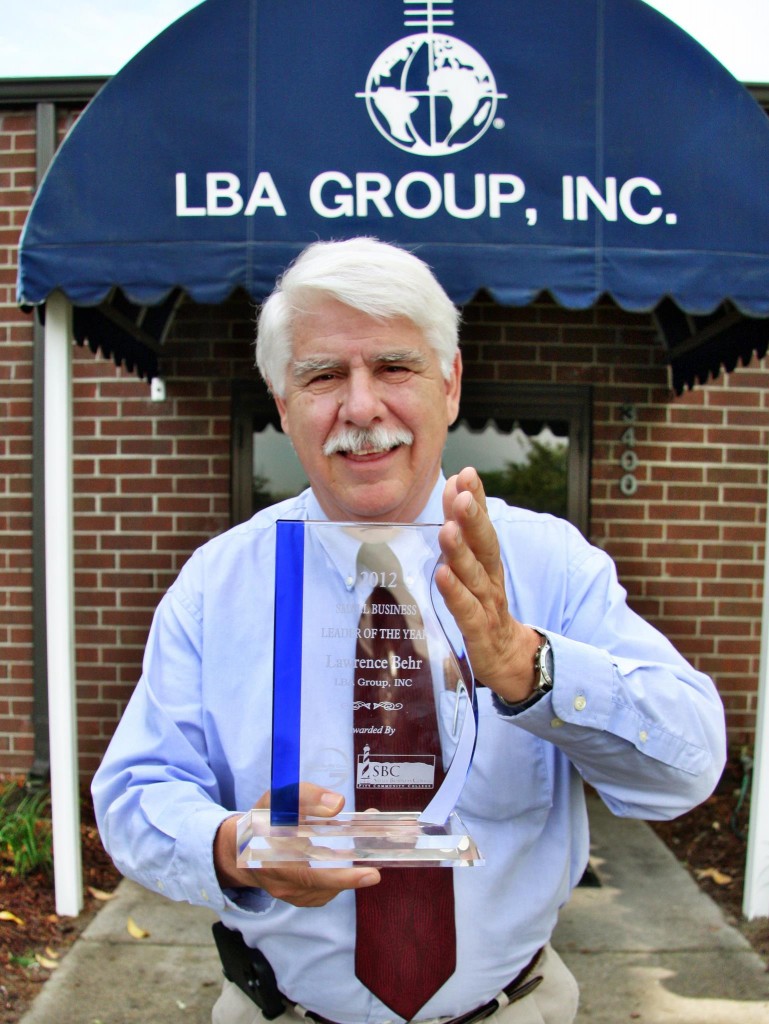 National broadcast and communications colleagues and local business leaders have recognized LBA Group, Inc. CEO Lawrence Behr for his decades of leadership and innovative spirit. During an April meeting of the Society of Broadcast Engineers (SBE), at the NAB 2013 in Las Vegas, the SBE Board of Directors elected Behr to the honor of Fellow.  The select few who receive this high honor must have made significant contributions to the broadcast engineering field or the SBE. Business leaders in LBA’s headquarter city, Greenville, NC, also honored him in May with the Small Business Leader of the Year Award for 2012.

In accepting the Small Business Leader of the Year Award Behr noted how it coincides with the key milestone for his company. “It is in fact a real honor to get this particularly on the 50th anniversary of our company here in Greenville,” said Behr.

He has contributed his expertise to both the private and public telecommunications sectors with the management of corporate, military and government infrastructure projects. Over the years, Behr has developed new antenna systems and lightning protection products. He holds numerous issued and pending patents on these products.

Behr has also served as an expert witness in matters relating to telecommunications infrastructure, regulation and allocations. This includes having his expertise called upon on numerous occasions for briefings before the Federal Communications Commission. He has led his company to twice being awarded status as an INC 5000 company and being cited as a top 50 Hispanic business in North Carolina for the last five years.

“I do not know a more deserving person than Lawrence,” said LBA President and COO Jerry Brown.  “He was a founding member of the SBE and his support for the Society through-out the years has never wavered. This honor acknowledges his body of work to the broadcast industries.”

Behr will be recognized for his election to SBE Fellow during the Society’s National Awards Dinner later this year in Indianapolis. The Oct. 30, 2013 dinner is part of the annual SBE National Meeting.

LBA is nestled in beautiful Eastern North Carolina, near the banks of the Tar River and the renowned academic scholarship and innovation of East Carolina University. Behr’s vision and entrepreneurial spirit along with the support of this thriving community are the driving forces behind LBA’s 50 years of successful service to a global marketplace.

IBOC and DRM Actives at the NAB. The Beginning of HD Radio Transmissions in Mexico was Announced.