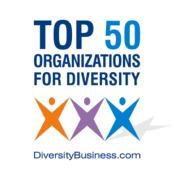 Greenville, NC, 9 January 2008 – In recognition of the economic power of multicultural businesses, DiversityBusiness.com, the nations’ leading multicultural B2B online portal, has named LBA Group, Inc. for the fourth consecutive year as one of the top 50 diversity-owned businesses listed in the North Carolina Div50, as well as one of the top 50 small businesses in the state.  For 2007, LBA received a statewide ranking of 16 amongst participating diversity-owned businesses and a statewide ranking of 20 amongst the pool of participating small businesses.

The LBA Group companies were earlier recognized by Inc. magazine as being among the INC5000 list of fastest growing small companies in the United States.

The Power of Diversity Business

It is no longer just “the right thing” to do business with diversity suppliers. Affected by recent economic and demographic trends and changes, corporations throughout the country are realizing that diversity in suppliers positively impacts their business. Diversity-owned businesses contribute over $1.4 trillion in sales to the U.S. economy.

“Diversity businesses and consumers are a growing force in the U.S. economy, and a force to be reckoned with,” said Kenton Clarke, originator of DiversityBusiness.com. “It’s no longer only about Fortune 1000. This is a whole business segment that can carry its own, that provides jobs and valuable products and services, and generates wealth for their communities. These are the new leaders of American business.”

“LBA Group is honored to have been again recognized, and particularly as one of the few selected from Eastern North Carolina,” according to CEO Lawrence Behr. “This achievement is entirely due to the commitment and quality of our diversified team.  Diversity business opportunities are a key to minority economic integration. We are proud to support President Bush’s Hispanic Business Caucus, the Carolinas Minority Supplier Development Council and other opportunity enabling groups.”

The Div50 is a classification that represents the top 50 diversity-owned (women, Blacks, Hispanics, Asians, Native Indian and other minority groups) businesses in NC, in sectors such as technology, manufacturing, food service and professional services. DiversityBusiness.com produces the Div50 annually.

“The Div50 companies are the heroes of diversity-owned business in America,” said Kenton Clarke. “While Fortune magazine lists the best companies for minorities to work for, we list the top businesses in the nation owned by minorities. These are people who have conquered the hurdles and made the sacrifices, building and strengthening their communities, providing jobs and helping to keep the fabric of the U.S. economy together.”

Launched in 1999, with over 35,000 members DiversityBusiness.com is the largest organization of diversity-owned businesses throughout the United States that provides goods and services to Fortune 1000 companies, government agencies and colleges and universities.

LBA Group, Inc. has 50 years of experience in providing RF asset solutions and risk management for industrial and telecommunications infrastructure assets. The group is comprised of LBA Technology, a leading manufacturer and integrator of radio frequency systems, lightning protection, and EMC equipment for broadcast, industrial and government users worldwide; the professional engineering consultancy Lawrence Behr Associates, and LBA University, providing on-site and online professional training. The companies are based in Greenville, N.C., USA.

PRWeb Press Release on All India Radio purchase of ATUs