Some RF Infrastructure Implications of IoT

As the evolution of the Internet of Things (IoT) network infrastructure plays out, three important concerns emerge: security, radio frequency (RF) interference, and RF safety. These concerns are relevant on a global scale. Drawing from LBA Group’s over 50 years’ experience providing RF solutions, we’re going to address some potential RF-related challenges associated with the development and growth of the IoT. 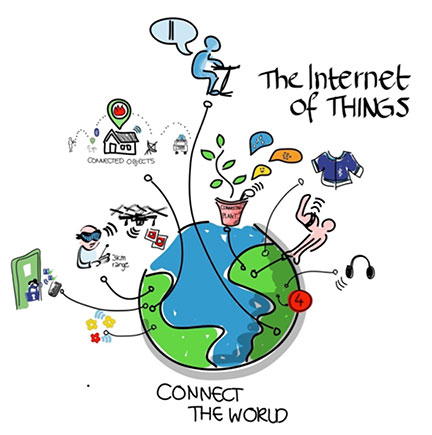 What the world needs is another acronym that comes with its own set of acronyms. This is certainly what the Internet of Things (IoT) does, but the implications of the IoT certainly go far beyond creating new buzz words and acronyms. The IoT is the connecting of everyday tools, objects, devices or appliances via the internet so that these devices can send and receive data. It is described on Wikipedia as, “the interconnection of uniquely identifiable embedded computing devices within the existing Internet infrastructure”. The concept has been around for many years, but it is now reaching what those in the tech industry call the peak of its hype cycle.

The uses of this technology are endless from being able to remotely monitor and control the most basic home appliances to something as specific as sensors embedded in concrete to monitor the quality and integrity of a structure. The IoT will impact our lives in every way, in our homes, government, education, finance, transportation and industry.

With every new technology comes a battle among manufacturers to establish a system or infrastructure standard to make it happen. As the design of the IoT network infrastructure plays out, several concerns emerge: security, radio frequency (RF) interference, and RF safety. Drawing from LBA Group’s over 50 years’ experience providing RF solutions, we’re going to address some potential RF-related challenges associated with the development and growth of the IoT.

Some view the U.S. as leading the way in IoT development, but interests in Europe, Canada and Brazil are also in the game. This means any infrastructure issues and platform standardization must be addressed on a global scale.

The top 10 IoT countries according to ThingSpeak

Another perspective puts China as the leader in the growth of IoT utilization. According to a GSMA report "How China is Set for Global M2M Leadership," China is the global leader in the adoption of machine to machine (M2M) technology with more than 50 million connections in 2013. The Chinese government is expected to invest more than $600 billion in IoT through 2020.

This magical technology relies heavily on various types of wireless radios. This is where some of the great acronyms come in. Most people likely have heard of Wi-Fi and RFID, but the IoT needs much more. 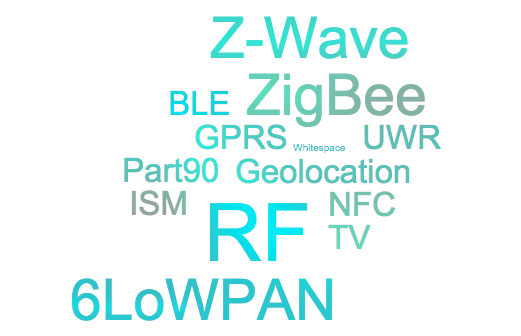 You get the idea that IoT planners should consider RF interference as the development of this technology matures. Otherwise, a technology that has the potential to make the world more efficient, convenient and safe could do just the opposite.

IoT has a lot of media hype right now but RFID links industrial things to the internet and is more mature than IoT. RFID, like Wi-Fi, is a mature technology that lets users connect Things to the Internet. The argument could be made that RFID is a solution to many business problems on its own.

Let’s suppose a wireless sensor monitors parking spaces at a dense urban area and during the hot summer months is subject to both heat and radio frequency interference (RFI) from nearby Bluetooth or some other source. How can developers create “smart city” solutions if parking spot occupancy and wireless sensors are not operating as expected during the hottest times of the day or in the presence of radio interference in dense urban environments? Horne also suggests that another potential issue to research is the evaluation of new internet routing protocols that are robust despite the presence of RFI. 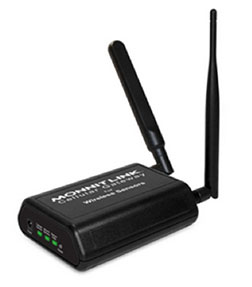 Two member groups are working on rival technology standards. Some of those companies in the AllSeen Alliance are Panasonic, QualComm, Sony, LG, and Microsoft. Others such as Cisco Systems, Intel and General Electric are part of the Open Internet Consortium. The nature of this sensor driven technology means a web of short-range, low-power networks are springing up to connect the Things to hubs, which in turn connect to a higher power wireless network or Ethernet. The question is, are RF engineers being included in the research and development of the IoT at the level necessary to prevent interference and safety issues?

Lessons learned from recent years could help. As wireless carriers have deployed their 4G LTE platform, some have been faced with growing instances of interference from a variety of seemingly unlikely environmental sources. This interference can wreak havoc on the massive amounts of data flowing through an LTE base station. LBA deployed its Rapid Response Interference Remediation Team in a number of cases and successfully found the unintended interferers.

Radio frequency interference issues with broadband transmission media are becoming an important capacity and coverage issue for 4G, LTE, WiFi and other deployments. Interference modes unrecognized a few years ago have risen to importance in the new wireless environment. FM to LTE, CATV to LTE, and LTE to CATV are just some of the issues being dealt with.

Although system integrators take great care to minimize passive intermodulation (PIM) in antennas, coaxial lines, and other components, they have little control over interference originating in the environment beyond the system. While some sources can be predicted from intermodulation studies of interactions with known emitters, many of the new threats to 4G LTE are coming from the increasing number of RF sources “in the wild”. “New LTE systems are very sensitive to interference from sources such as CFL bulbs, FM broadcast transmissions, CATV, utility supervisory control and data acquisition (SCADA) systems, and even rusty bolts,” Horne said.

The question, what’s “in the wild” out there waiting to wreak havoc on the growing technology known as IoT? RF interference issues should be a major part of the consideration as the tech industry works to design IoT network infrastructure.

What Is RFID? A Quick Guide to the Technology.