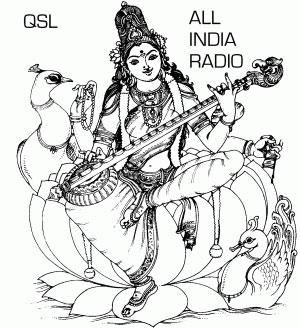 Business conventions are for networking. In 2008, Jerry Brown made an India connection that will result later this month in a large shipment of electronic gear to the Indian subcontinent.

The LBA Group Inc. president was attending the National Association of Broadcasters annual get-together three years ago in Las Vegas when he struck up a conversation with the general director of a leading Indian broadcast and telecommunications integration company, Arraycom (India) Ltd. Over several hours of talk that ensued, Brown learned of the engineering and product needs of Arraycom and its customers, including state broadcaster AIR India.

“It is fascinating dealing with language barriers, in this case American English versus proper colonial British English,” Brown says of the original encounter as well as subsequent conversations that led to the current order from Arraycom.

After deciphering the King’s English, Brown came away a couple of years onward with an LBA contract to supply digital-ready 20-kilowatt medium wave (AM) antenna tuning unit systems for installation at broadcast tower sites in six Indian cities. Several of the ATU units contain specialized filters to permit operation simultaneously with nearby transmission towers. Also included in the deal are a group of unique RF window insulators, by which the output of each transmitter is connected through the transmitter building wall to a transmission line carrying the radio signal to the LBA antenna tuning unit at the tower base.

The end user of this sophisticated equipment is the government of India—specifically, All India Radio (AIR), the broadcast and information department of New Delhi’s governing authorities. AIR is upgrading all its broadcast facilities to the digital standard.

On the loading dock, the ATU units appear to be just huge wood boxes, albeit strong and neatly crafted containers. However, inside the metal ATU cabinets, they bristle with the coiled copper and finely tuned electronic gear that characterizes LBA engineering. While all LBA products are custom designed, engineered, and manufactured, and after nearly 50 years of AM broadcast engineering experience, not many situations arise that haven’t been encountered and solved by LBA experts at least once before.

The rest of the story is what the Arraycom deal might mean down the road. In his conversations, Brown confirmed that similar broadcast upgrades and build-outs are coming to India and other developing countries in Africa and Asia. This suggests Brown will have additional opportunities to puzzle though conversations with executives for whom American English is a second language.

“It is always a new and exciting experience to provide products and services to faraway places with strange sounding names,” Brown says.

LBA has a track record of delivering quality products internationally. Its broadcast systems have been shipped to sites on continents around the world, as well as across the U.S. The company has a longstanding presence in the broadcast industry of Latin America and the Middle East.