Free mobile digital TV is coming to a device near you sooner than you might have expected. Free mobile digital TV test broadcasts in Washington, DC, this summer have respondents chirping enthusiastically about the ability to pick up local TV programming on the go. Most test responders are stipulating “high excitement” about having access.

It is another step in the race to total electronic connectivity for consumers. For those of us in the industry, it means potential new markets for broadcast and test equipment still being engineered.

The  technology is being test marketed by an industry advocacy group called the Open Mobile Video Coalition. The group is a consortium of 1,000 TV stations and media groups who are rolling out the concept of free mobile digital TV in several markets. The 200 District of Columbia-area participating residents have been equipped with a Samsung receiver with a tuner chip. A few hundred other residents will be introduced to the test broadcasts via provided laptops and iPads.

Sprint is participating in the free mobile digital TV test and has evinced interest in being a carrier of such transmissions. That excites the National Association of Broadcasters. 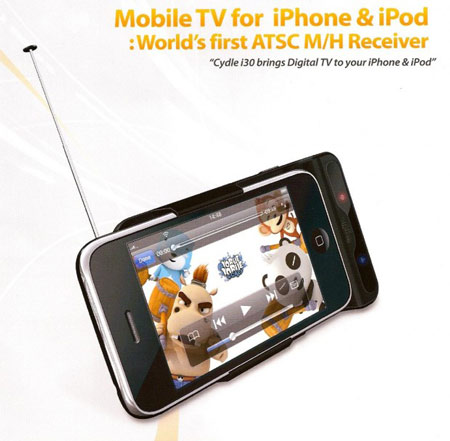 All this budding excitement is a byproduct of the nationwide mandated transition to digital-only TV broadcasting, which scrubbed the airwaves of lots of analog transmissions and freed it up for new digital services. Full-motion, free mobile digital TV promoters are claiming some of it for their own.

If kinks are ironed out and standards agreed upon, live local digital TV broadcasts will become an option on cell phones and netbooks, PDAs and fixed devices in vehicles. Both commercial and emergency public safety transmissions will become part of America’s mobile existence, as it already is in some Asian countries. It will be possible – regrettably, if getting away is your goal – to be digitally connected all the time, everywhere to what is going on in the world.

From the broadcast industry’s perspective, free mobile digital TV offers new markets for them and their advertisers. Leaving home, work or school will not mean leaving behind full access to free, local TV programming. It not only extends the reach of network broadcasts, it lends itself to new programming possibilities.

Consumer electronics manufacturers are delighted at the prospect of creating new, sophisticated receivers for mobile digital TV and selling them to tens of millions of end-users of the technology. The devices use a new broadcast format that lets fast-moving personal devices securely latch on for uninterrupted, high-quality viewing. LC Electronics and Samsung hold patents on the chip that makes it all possible.