The Curmudgeon recently read an account of yet another potential spectrum management (engineering) gaffe toward which the FCC has been briskly marching, and that set him to pondering.  The FCC has, historically, produced a series of what might be classified as spectrum management mistakes, ranging from blunders at the marginally tolerable level to complete fiascos.  So how rapidly could one scratch out a fairly complete list of their mistakes during, say, the last sixty years?  And how many such mistakes would be included on the list?  With those questions in mind, the Curmudgeon set to work to build the list, and the results astounded even him. 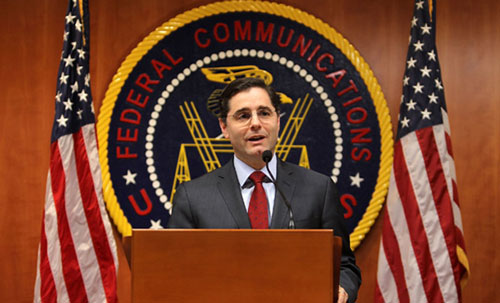 First, the answers to the questions posed above: it took just fifteen minutes of thinking and writing to produce a list of sixteen (presumptively rebuttable) engineering errors in the FCC’s management of the RF spectrum!  So let’s take a look at what they have done and how they have operated in the past, and what “reform” of the spectrum management process might look like.

But first, let’s be exact about the rules of this “game.”  We’re considering the quality of the FCC’s decisions in spectrum management only from an engineering point of view, that of the traditional “best engineering practice” stricture.  The criterion is “What should/would/could have been done, or not done, in a particular instance if the “best engineering practices” were the only basis for decisions?”  What might have been done differently if the increasingly pervasive toxic political smog (generated by both major parties, as they sought to service the needs of their supporters, donors, and “fat cats”) hadn’t crept through the swamp hollows of D.C and into the FCC?  And also what might have resulted if the FCC’s so-called “regulators” also didn’t fervently hold and practice a bedrock belief that their issued “regulations” could summarily trump and modify the laws of physics as needed and at will?

Space is so short, but let’s give it a try.  Every point to be presented here could be greatly expanded.  Reasonable, knowledgeable engineers can and probably will differ about the details, importance, and inclusion-or-omission of individual points, and you engineers are invited to contribute your thoughts.  LEPs (lawyers, economists, and politicians) will inherently argue the interests of their “sponsors,” but those positions are a given.  In any case, the size of the list is the major “take home” message here.

1.  Relocation of the original FM broadcast radio band (1946).  In the second half of the 1930s the newly-inaugurated Frequency Modulated Radio Broadcast Service originally operated at 42-50 MHz, with stations and consumer receivers already in service and their numbers increasing.  Immediately after the end of World-War II the FCC, under external pressure, unilaterally moved the Service to its present 88-108 MHz location to clear spectrum for television broadcasting (see point 2, below).  This move instantly made obsolete all the previous growth of FM radio broadcasting and retarded the development of the new Service for at least a decade.

2.  Establishment of six low-band television channels (1946).  The FCC “dropped them in” at 48 – 88 MHz (with 72 – 76 MHz reserved for other services).  But this low-VHF spectrum is subject to the peak of the external RF noise background that arises from both natural and man-made sources, as well as from intermittent Sporadic E-layer ionospheric propagation.  And the FCC simultaneously relocated from this difficult band an existing service (FM radio) with good noise immunity and instead inserted an envelope-modulated service (NTSC analog broadcast video) with virtually no noise immunity!  Eventually the FCC eliminated Channel 1, which had been reserved for low-powered, public television.  Today ATSC broadcasters know that “RF noise looks too much like digital data” and many low-band television assignments have been relinquished in favor of (lower noise) UHF channels.

3.  Eleven meter (27 MHz) Citizens Band (1958).  Almost every transmission engineer/ham/shortwave listener knew instinctively that assigning this HF band to an untrained, undisciplined set of licensees was the wrong thing to do. For much of the eleven year solar cycle very efficient long-distance ionospheric propagation is present on these frequencies.  Thus the intended “localness” of the service is lost.  But the regulators thought, “We’ll just tell our licensees to ignore the distant signals and not to attempt to make unauthorized contacts.”  Sure!  And the FCC learned from the experience: if you equip an untrained population with cheap, available transmitters, effective control of the spectrum through licensing and enforceable Rules evaporates.  New “free speech” possibilities quickly evolve into “dirty speech” and aggressive behavior realities.  Meanwhile alternate spectrum with none of the liabilities, at 450 MHz, went unused.   Sayonara, eleven meters!

4.  AM radio stereo broadcasting (1980s).  This was an early attempt to “regulate by political dogma!”  AM radio broadcasters wanted to have a stereo transmission capability for their stations, to better complete with FM radio.  Five different prototype AM stereo systems were developed and submitted to the FCC for testing and, eventually, a final selection and authorization by the FCC of one of them for general broadcast service.  But the FCC at that time was particularly subject to the strong winds of political dogma, and they announced: “We’ll just authorize all five, and ‘let the free market pick the winners!’ ”  The broadcasters, understandably, looked at the ensuing regulatory chaos and thought, “If I install one system and that one doesn’t catch on with the public, I’ll have squandered several hundred thousands of capital dollars.  So the best course would be to not place any bets!”  And thus establishment of the new transmission mode went nowhere.  The radio broadcaster trade associations pleaded with the FCC to make a clear regulatory decision, and eventually the FCC did “pick the winners.”

5.  Digital cellular telephone (1990s).  When the founding analog cellular authorization was adopted in 1984, it utilized a single transmission system standard, analog AMPS.  Customers could fairly easily move their subscriptions among competing carriers and might, in an emergency, access any available network to seek help.  Then, during the conversion to digital networks in the early 1990s, unbelievably the FCC adopted the same idea that had failed just a few years earlier in AM stereo broadcasting: “We’ll let the free market decide the transmission standards.”  So, in stark contrast to almost every other first world country, the US cellular market got multiple and incompatible digital transmission standards.

This actually inhibited competition for subscribers among the carriers, as consumers immediately faced a monolithic monopoly with their new carrier once they purchased a particular handset.  They then later incurred extra costs if they wanted to change carriers and thus needed new handsets!   Lack of effective competition involving carriers all using the same system standard has kept service prices high and has been a dandy little profit generator for the carriers!

Today the thinking is that the handset manufacturers should build even more complex (and expensive) phones that can “recognize and operate with” all digital transmission formats.  But to guide us in evaluating this idea, there is an already-established working model for a poor engineering design that is subsequently “improved” by ever-increasing numbers of add-on “engineering fixes:”  it’s called the automotive carburetor!

Next time we’ll plod through the second section of the “Sweet Sixteen” list of dismal FCC spectrum management engineering mistakes.

What is RF Radiation? – A Short Primer