A little DAB didn’t do it in Canada 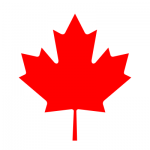 Apparently believing the old Brylcreem advertising slogan “A Little Dab’ll Do Ya,” Canadian proponents of the digital audio broadcasting (DAB) technology relied on a few stations in major markets across the country to spread the word. It didn’t work.

The Canadian Broadcast Corp. has announced it is shutting down DAB digital transmitters in Montreal, a possible prelude to elimination of the Eureka-147 DAB signal from the mix of radio signals available to listeners in our neighbor to the north.

DAB is the 30-year-old European technology that first aired as a BBC broadcast in the mid-1990s. It was the first to use the orthogonal frequency division multiplexing modulation technique that has become something of a standard option for wideband digital systems. Rather than tuning to an AM or FM frequency, a listener can access stations on both frequencies through DAB.

But the technology has problems.

Compressing audio streams onto a relatively narrow band can reduce the quality of the streams. Reception often is poor. Furthermore, DAB’s signal delay of 2 seconds can be discombobulating to a listener who also is watching an event on a TV.

A new version of the technology, named DAB+, was introduced five years ago. It upgrades the technology, but it is not compatible with DAB receivers so listeners are relatively few at this point.

Canada’s DAB experiment ran into other difficulties. Because the 73 DAB radio stations in the country are located in major markets, rural areas in between – and there are lots of rural areas in Canada – were under-served. This also roiled automakers whose vehicles could not pick up strong digital signals between metropolitan areas. Carmakers opted for satellite radio instead.

Additionally, most Canadian digital radio uses L-band for broadcasting, but dominant European programming on DAB is on Band III at the opposite end of the MHz dial. Finally, because dual-language Canada requires digital receivers to accommodate both French and English, radio manufacturers had to produce units just for a Canadian market, which was not a profitable business plan.

The apparent failure of DAB to take hold in Canada probably opens the door for an in-band, on-channel (IBOC) digital takeover. IBOC is the system adopted in this country by the Federal Communications Commission, currently in the form of HD Radio, the iBiquity Digital Corporation’s leading entry in the digital sweepstakes.

IBOC’s big edge is that digital and analog radio signals can be broadcast simultaneously on the same frequency. This means radio listeners can get by with their existing receivers. In Canada, this means cars traveling between cities will be able to receive digital programming. IBOC is being informally introduced in Canada at this time, without the official imprimatur of the Canadian Broadcast Corp., to see how it develops there.

But IBOC isn’t a perfect system either. Because it pushes a little beyond the edge of a channel’s authorized frequency, interference with nearby station broadcasts sometimes occurs. A clean stream is still not a reality in some applications.

So, stay tuned, especially if you are in Canada. Your broadcast options are evolving right before your ears.

LBA Technology is a leading manufacturer and integrator of radio frequency systems, components and test equipment for broadcast, industrial and government users worldwide.