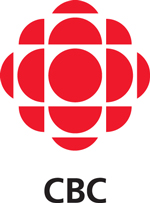 Britain and other European countries are forging the path to convert to digital radio this decade, with plans to discontinue analog radio altogether. The future of digital radio in the United States is also a hot topic for debate. Canada, however, appears to be backtracking in their approach. The Canadian Broadcasting Corp. told the Canadian Radio-television Telecommunications Commission that it was shutting down its DAB radio transmitters, beginning with Eureka-147; the same L-band DAB system that just over a decade ago launched with tremendous fanfare in Montreal. The signals being shut off are CBME-DR-1, CBM-DR-1, CBF-DR-1 and CBFX-DR-1 Montréal, Quebec.

The end of the DAB radio signals shows what the CBC has known for years; the promises made for DAB radio including new services for niche audiences never came to fruition. Having barely improved audio quality to sell unaffordable receivers that could be used only in large markets, DAB radio failed to get a foothold. Even early in the adoption, the engineers that maintain the DAB radio transmitters were complaining of unreliable signals. Several commercial DAB radio stations out of Toronto were off the air for long periods in 2009, yet they had few, if any, complaints from listeners. Not that this is a big surprise, there are estimates that show that less than 1,000 DAB radio receivers were ever sold since the system was put into operation a decade ago.

The CRTC was aware of the problems with DAB radio and made a number of changes in an effort to bolster the adoption of the technology. Stations were allowed to air different programs on the digital stations than what they offered over analog. They also allowed FM IBOC transmissions, should the stations choose to go this route.

Broadcasters in smaller markets have resisted investing in the equipment necessary to be part of a transmission “pod”, where five stations can occupy less than 20% of the total bandwidth of just one 1.5 MHz channel. The stations in the pod each cover about the same area and have equivalent power levels.

The differences between DAB radio and IBOC may help IBOC’s adoption in Canada. DAB radio uses only digital in the L-band and had no option of analog like an iBiquity system. Canadian broadcasters currently air simulcasts, with a copy of their analog programs going to the digital channels, whereas HD Radio can use multicast channels. The biggest issue is with needing investment in new digital transmission equipment in a down economy.

LBA Technology is a leading manufacturer and integrator of radio frequency systems, components and test equipment for broadcast, industrial and government users worldwide.