AM Radio’s Big Problem: I Can Hear You Now!

﻿The large reader response to the Curmudgeon’s recent blog post on the multiple problems of AM broadcast radio, I Can’t Hear You Any More! AM Radio’s Big Problem, was impressive. The responses were of high quality, containing vigorous discussion. Thus it seems useful to summarize the reader’s views and to present a kind of informal report on how we as a group feel about these problems.﻿

So I have done this, after reviewing your posted comments and gathering them into “themes.” This informal survey of our views is definitely not statistically rigorous, and neither is my summary of the responses. However, the views as expressed can be usefully regarded as those of a slice of the public with more than average knowledge, experience, and interest in broadcast radio. The industry and the regulators should take note.

﻿What You Believe:﻿ ﻿Taken together, the comments indicate that today you are less interested in and supportive of the broadcast radio industry than you once were. The industry and its products do not attract you as they once did, and the industry’s future and its potential demise are not significant concerns of yours.﻿

Of the two historic broadcast radio formats, you have generally written-off AM broadcasting for a number of reasons that will be expanded upon below. Few readers specifically mentioned FM radio broadcasting in their responses, but widely-available data show that “this is where the listeners are,” and that presumably includes you. No one mentioned the competing, non-RF based program-delivery networks but it is also apparent that even OTA broadcasters have been moving into this area for some time.

No one disagreed with the assertion that increasing levels of man-made RF noise are “poisoning” the RF spectrum and there was uniform agreement that current AM broadcast outlets are being harmed by ever increasing noise, which is competing with their signals. You advanced various proposals to deal with the problem, and these will be discussed below.

Somewhat unexpectedly, a number of responders felt that at least some of the problems could be partially mitigated by converting to a full digital broadcast format on the present AM band. (Several readers correctly pointed out that the problem of competitive, direct, on-channel noise is not “solved” by the use of a digital format.) However, the IBOC digital AM format in current use in the United States is widely disliked, and there is positive support for the international DRM system, such as the new Indian AM DRM system. 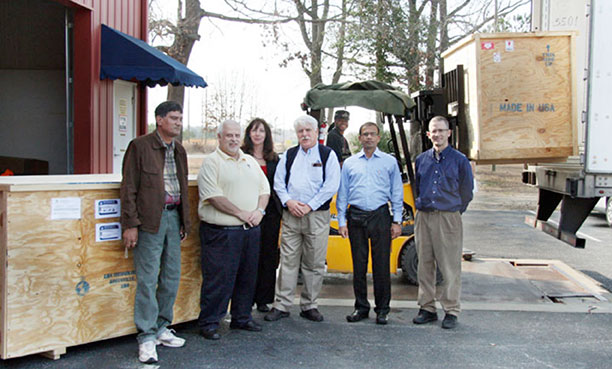 A “nostalgia” contingent was heard from, in the form of BCB DX-chasing hobbyists, who want to retain the ability to chase and to identify long-haul, post-sunset broadcast AM signals. This is an activity that is as old as the broadcast industry itself.

Generally, the responsibility for the major sources of today’s problems was assigned to two traditional groups: the broadcasters themselves and the regulators.

Broadcaster’s Blues: Readers chided the AM broadcast owners and operators for trite, weak, unimaginative, and overly repetitive programming, in pursuit of a “quick buck.” They also decried the loss of “localism” in AM broadcasting and the rise of centrally-programmed automated “networks.” To a smaller extent, they felt that there were too many AM stations in operation, creating increased levels of interference and lowering the economic survival possibilities for all. This excess is, perhaps more properly, a regulatory problem.

Regulating Noise: The regulators, notably the FCC, were widely felt by the readers to be disinterested, ineffective, and unwilling to adopt a leadership role in managing AM broadcasting and its current problems. These charges were directed to two different regulatory areas: control of unintentional radiators (noise), and solving current interference problems and maximizing the efficiency of use of the present broadcast AM band.

Most everyone seemed to feel that the RF noise problem created by unintentional radiators, notably electrical distribution lines, heavy machinery, and power line digital communications was well beyond tolerable levels, and that reception of AM broadcast signals had already been compromised. A secondary source of unwanted damaging noise was identified as cheap consumer digital devices that are insufficiently shielded and filtered.

In both cases, responsibility for the regulatory control of these noise sources falls to the FCC, under (generally) its Part 15 Rules as published in Chapter 47 of the Code of Federal Regulations. Readers seem to tacitly acknowledge that the FCC has been very ineffective at regulating in this area, and enforcement is almost non-existent. Some readers understand the FCC’s limitations in staff and funding to do this work, but they still consider the Commission’s response to be weak and insufficient.

The AM Channel “Jig-Saw” Puzzle Problem: In the other problem area, regulation of the AM band and its broadcasters, the readers were quite vocal. A key observation was that the FCC had been considerably more interested and “hands on” with the restructuring of other broadcast-related operating bands, for the intent of reclaiming assigned bandwidth and forcing operating efficiencies (and not always in the broadcasters’ interest!). The readers state that this level of agency-developed regulatory action has not been the case for the AM broadcasting Service. 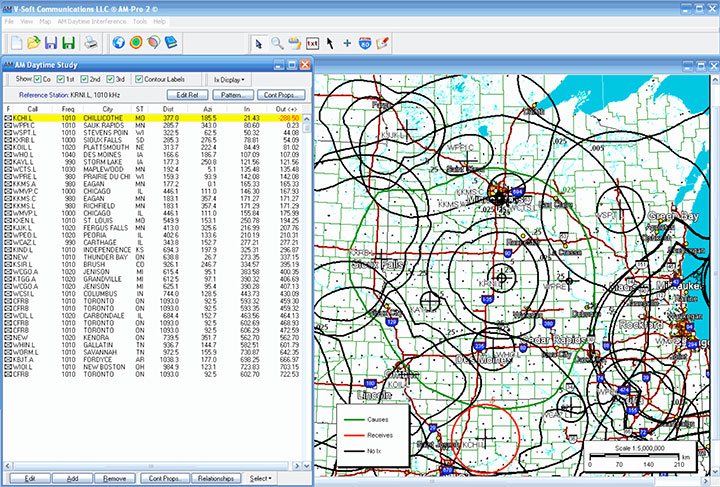 Readers have shown some agreement that the current state of frequency and power level co-ordination for stations on the AM band is the result of historical regulatory compromises and that the present situation is too unworkable. This view includes the FCC’s assignment of low-powered, local stations on frequencies and at power levels best suited for wide-area coverage, and the demise of the previous clear channel assignments which did provide very wide-area coverage post-sunset. The overall result of such indifferent regulation seemed to be the demise of regional stations which provide clearly received programming in less populated areas of the country. Such coverage would be a positive in times of natural and man-made disasters.

Readers are split on how to deal with the problems of present frequency and power level assignments. Even with current levels of AM station attrition, some feel that there are too many assigned and operating AM stations, and that more of these stations should be removed from service. Some commenters point out that this may occur through economic conditions anyway.

Others advocate that the smaller, local-coverage stations should be relocated toward the top end of the MW band and into the extension channels, where land area coverage per watt of transmitted power is smaller than at the bottom end. This would create space for higher power, regional coverage stations at the lower end of the band, where they could become more effective, as well as for opening-up space for new, nationwide-reach clear channel stations.

Some support was presented for higher authorized transmit power for current AM stations, but this idea was countered by the large increase in operating costs that would be required. 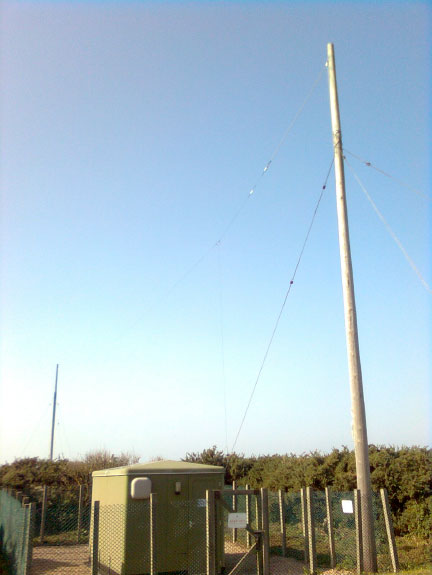 There was some small support for the extension of AM broadcasting below the current frequency band limits, into the long-wave bands. However, it was also mentioned that these LF bands are already populated with Radiolocation, NAVTEX, and other government stations which would have to be relocated, that these bands are even noisier than the current band, and that very high powers and very large transmitting antennas would be required. Europeans and Asians have traditionally operated some AM broadcast channels in the LF bands, but recently have begun closing some these stations.

The Curmudgeon advocated moving the current AM operators to a new band in the low VHF spectrum, in order to sidestep the historical problems existing at HF. Such a new band would begin its service with (an unspecified format) digital transmissions, and the industry would work toward the combination of the present AM and FM operators into a common digital format.

Summary and Conclusions of Comments: The readers have indeed spoken! As a group we find little value in preserving the present AM broadcasting environment, and we continue to make increasingly less use of it. There is no clear indication that either technical or operational improvement in AM broadcasting, or both, would result in increased audiences. However, without such improvements, the readers believe that there is a very uncertain future for AM broadcasting, and that probably a majority of the readers would not grieve appreciably if the Service were sunsetted.

If the AM Service is to survive, readers want clear, strong, noise-free reception and improved programming that adds some value to their lives. These requirements are currently being better met by non-broadcast program transmission sources, which may be the future survivors in the arena of audio programming.

QSL, officers of the “FCC Titanic” and its NAB-member crew?

Read the Curmudgeon’s earlier blogs on radio and noise HERE, HERE and HERE.