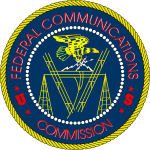 Comments are now closed on the FCC Notice of Proposed Rulemaking (NPRM) to overhaul antenna-related rules, which covers Part 17 on construction, lighting, and marking. Comments were due by July 20th and the deadline for replies is August 19th.  A lot of our readers and clients already own AM broadcast antennas or if you own any kind of antenna structure or are expecting to build one, hopefully you have already contacted the FCC and made your suggestions, as this opportunity does not come along often.

In the past, most of these standards were set by the FAA (because of their focus on aviation), but enforced by the FCC.  The lack of communication between the two agencies has caused many discrepancies in the rules; the rules that are made to keep pilots and passengers from flying into the antenna structures.

Specification of Marking and Lighting

Accuracy of Location and Height Data

Maintenance of Marking and Lighting

Inspection and Maintenance of Lighting

Records of Extinguishment or Improper Functioning of Lights

Provision of ASR to Tenants

Notification of Construction or Dismantlement

Be sure to read the entire Notice (linked at the top of the post) for complete information.  The FCC comments may be closed but ours are not.  Let us know what you think about the proposed changes below.

Tips for an Intermodulation–Free Wireless System

How AM Directional Antenna Proofs Were Done – 60 Years Ago!