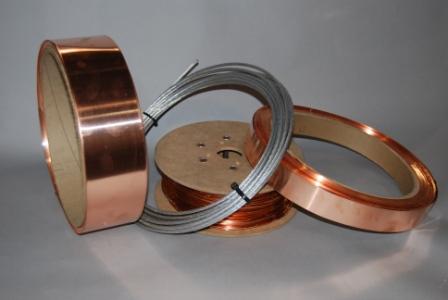 This time, a Christian Talk radio station KKXX 930 AM and 104.5 FM out of Chico, CA reported last week the theft of 22,000 feet of No. 10 copper wire being used to ground its transmitter, bundled into lengths of 10 to 20 feet.This is the second time the station has been hit by copper thieves in two years.  The first was after the station lost its mobile studio in a fire 2 years ago, after which thieves struck and stole 120 copper grounding wires, each 250 feet in length.

Amazingly, according to the station manager, Andrew Palmquist, the station was never knocked off the air.  “They apparently knew what they were doing,” Palmquist said. “They left just enough wire to allow us to broadcast.”  The thieves also avoided a locked gate by taking a back road to the antenna.

After the first theft in 2008, the station replaced the wires and poured a concrete footing about every 10 to 15 feet along the length of the wire in hopes of discouraging future thefts. “They just cut the wires between the concrete and bundled it up,” Palmquist said.

The estimated scrap value is between $4,400 and $6,600 at this time, but will of course cost the radio station far more to replace.