Lawrence Behr Associates cleared the path for a new electricity transmission line in New York that that could not be energized until interference problems with a Rensselaer, N.Y., AM radio station were resolved to the satisfaction of the New York Public Utility Commission.

After extensive onsite and computer analyzes, LBA engineers determined that 8 of 33 tall power towers on this line in the proximate area of station WGDJ-AM would disrupt the stations licensed coverage pattern and require installation of detuning systems. 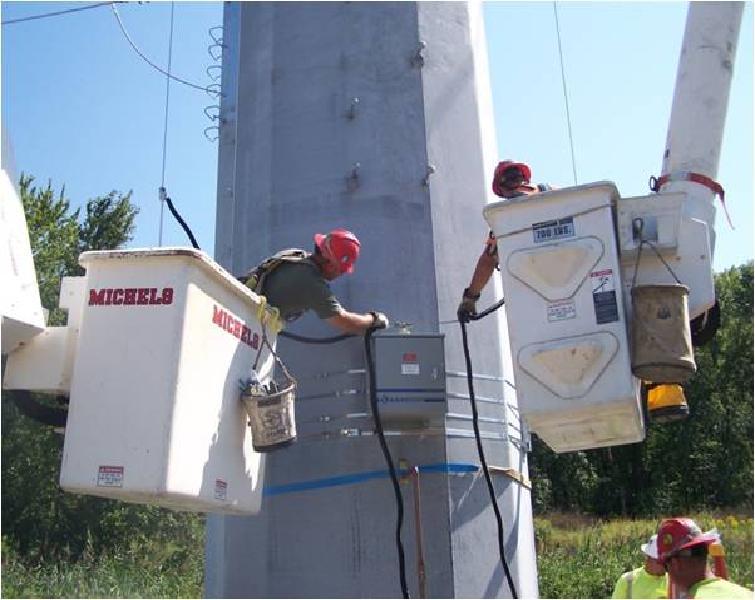 The transmission towers carry a 345 kV electrical power line from a 635-megawatt natural gas fired power plant constructed in Rensselaer by Empire Generation Co. LLC. The distribution system has 70 towers in all, the last of which were erected last summer. The question was how many of them near East Greenbush, N.Y., would cause signal interference with broadcasts of the AM station. The interference would have created a violation of FCC rules governing the integrity of broadcast signals.

Transmission towers often are a height that makes for efficient radiation of medium wave AM signals. The broadcast AM signal is intercepted from the environment by the power tower and “reradiated”. This reradiated AM signal interferes with the designed coverage and interference of the AM broadcast antenna system. The Federal Communications Commission licenses AM station antenna systems to very tight tolerances, and only a few percent reradiated powerline signal can seriously impact the licensed pattern performance.

The proper evaluation and remediation of power line reradiation can be complex. The multiple transmission towers and the coupling between them through lightning shield wires can be a challenging analysis, but also spread the impact much more broadly than would a single tower. These interconnections form conductive loops which have vastly different electrical properties than single towers. Normally, a technique called “detuning” is applied, along with modifications of lightning shield wires. The recent practice of embedding fiber optic cable in these wires has made these mechanical modifications quite a bit more complicated.

To evaluate and resolve the New York problem, Lawrence Behr Associates was called in by CH2M Hill, an international consulting engineering firm based in Colorado. The eight disruptive transmission structures were subsequently identified through field measurements and software modeling. Their negative impacts were remediated by an AM protection detuning process, allowing the project to proceed. The offending structures were detuned using custom-engineered LBA Technology hardware along with modifications to the new power line. Modifications were carefully designed for safety and usability in conjunction with CH2M Hill and the owners, and implemented by LG Constructors. Necessarily, all detuning hardware was constructed, installed, and documented to rigorous utility standards. 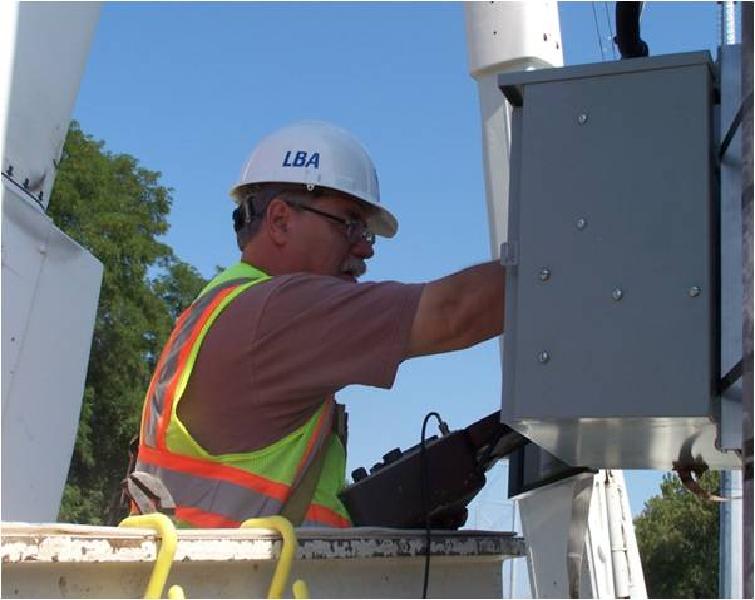 LBA has employed a similar process hundreds of times to detune cellular industry towers with AM radio interference problems of their own. While technological applications vary in each case, they are rooted in the same family of engineered solutions. This was an important design consideration, as renting transmission tower space to wireless carriers is an important revenue source for utilities. In the event the detuned towers were to be rented to a carrier to support their antennas, the AM dutuning documentation would also support the carrier’s FCC AM protection requirements.

Interactions between high voltage transmission systems and AM stations are expected to grow in future years. Thousands of miles of powerlines are planned to support the smart grid, wind turbine, and photovoltaic power generation. Many of these will pass near AM broadcast antennas. It is vitally important for utility planners to have proposed routes reviewed by an RF engineer, like Lawrence Behr Associates, early in that process. If lines can’t be rerouted, then detuning can be incorporated in the design process, at great savings over construction stage delays or modifications.

Be sure to check out the LBA FAQs on AM Detuning and AM Protection. For more information, contact Jeutuanna Walston.

How to Get a Hydrogen Fix for Cell Site Utility Bills

View from the Top – Observations of a Female Tower Climber

When KPH Ruled as Wireless King of the Pacific