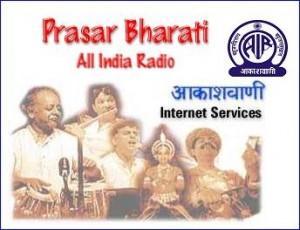 LBA Group Inc. has completed the first shipment of an ongoing project to supply antenna tuning units to the Republic of India.

The government of the world’s largest democracy has begun a massive digital upgrade of its All India Radio (AIR) facilities across the subcontinent. The upgrade will include converting all AIR broadcast facilities, AM/FM radio, shortwave, and television systems to handle digital transmission of program material.

The first six DRM digital-ready 20 kilowatt medium wave tuning unit systems went out the door this winter for air-freighting from Greenville to India. The units were to be installed at various locations as quickly as they arrived in India and be in operation by July.

The LBA Technology unit of LBA Group became the preferred supplier for the system overhaul after discussions with 20-year-old, privately held Indian company; Arraycom, Ltd. Arraycom is a leading integrator in India of broadcast and telecommunications systems, and an upgrade prime contractor. LBA President Jerry Brown led those talks.

Two Arraycom executives traveled to LBA’s Greenville headquarters to personally meet with LBA executives and engineers to chart future deliveries and to view the completed antenna tuning units prior to shipment. K.G. Vyas, the company’s lead technical representative in the field, said he was “impressed with the measured performance of the systems.”

In India, it is common practice for multiple medium wave services to share one site, imposing difficult requirements on antenna tuning systems. The LBA antenna tuning units, however, are fitted with high performance, specialized filters to permit simultaneous operation with nearby transmission towers. As AIR India wanted to reuse existing open-wire transmission lines, LBA fabricated unique RF window insulators to let the output of each transmitter connect through its transmitter building wall to an open-wire transmission line carrying its signal to the LBA ATU at the transmission tower base.

Supplying foreign broadcast engineering projects is not something new for LBA. Its medium wave antenna systems for years have been shipped to sites on all continents around the world. As well, the company has a pervasive presence in the broadcast industry throughout Latin America.

All LBA Technology products are custom-designed, engineered, and manufactured, but product lines are standardized, so LBA can respond efficiently to individual project needs. Its engineers have decades of experience to draw upon in finding engineered solutions… wherever in the world they come to light.

American Tower 177-foot monopole crippled while being rehabilitated in Michigan