Carriers with wireless networks using 700 MHz LTE uplinks are being impacted with unexpected radio frequency interference from a variety of sources. The latest case involves interference attributed to fluorescent lighting fixtures at a 41-story office tower in Los Angeles, CA and the Federal Communications Commission (FCC) has taken action. 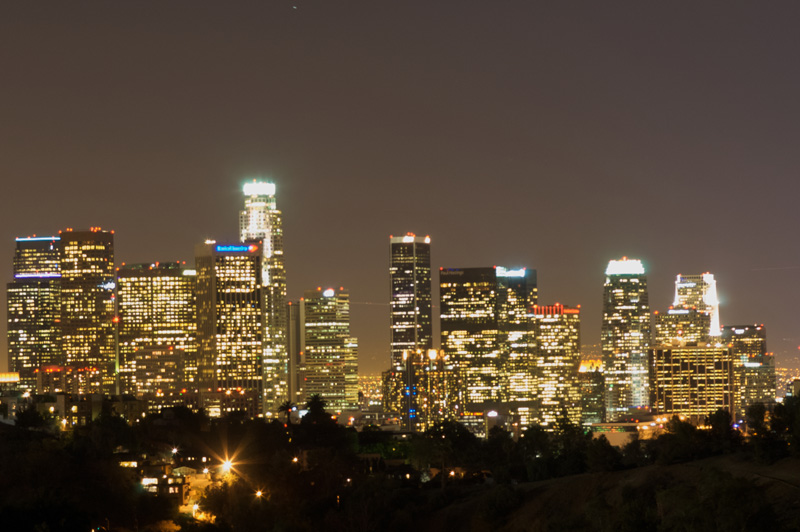 The FCC issued an Official Citation and Order to the building’s owner. Brookfield Office Properties was cited for operating industrial, scientific, and medical (ISM) equipment and causing harmful interference in violation of the Commission's Rules. The FCC took action after continued complaints from Verizon Wireless and apparent lack of action by Brookfield.

The interference in question is apparently radiating from UltraMax lighting ballasts manufactured by GE. GE has stated that its fluorescent ballasts had been tested under to meet FCC Part 18 requirements. The company admits that sometime after this testing, a small number of these units were found to produce "unintentional high-frequency radio emissions that have the potential to cause interference with certain types of wireless communications." Those services included Verizon’s 700 MHz 4G LTE system. 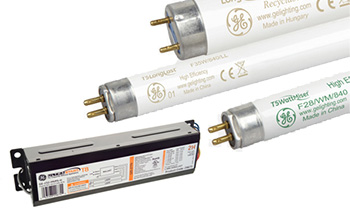 "Once we determined the cause of the interference, we immediately decided to recall all unsold, uninstalled ballasts to correct this potential issue,” said GE Lighting spokesman, Christopher Augustine. “For those already sold and installed, GE provided steps to identify the affected ballasts by product and date code, and we provided instructions on how to exchange the units at no cost to the customer," added Augustine.

The question some might have is why did this issue still exist at the Los Angeles officer tower after months of Verizon asking Brookfield Office Properties to correct the alleged problem? Why has it led to an FCC Citation and Order requiring Brookfield to issue a corrective plan within 60 days or face $16,000 per day in fines or possibly criminal sanctions? Only speculation can attempt to answer these questions right now.

And this is not the only instance of fluorescent ballast to 4G LTE interference! There is even another case involving a hair salon in Texas where these same GE ballasts are blamed for causing interference to an AT&T LTE base station. That case too resulted in the FCC issuing a Citation to the salon’s owner.

The answer to why this issue has faced a rocky resolution in two known cases might originate in a failure for building owners to fully understand the implications of the alleged interference. Fluorescent lighting is regulated as ISM equipment under FCC rules. The ballasts that drive the fluorescent lights must meet FCC Part 18 requirements to prevent emitted “noise” from interfering with other radio frequency (RF) devices. These ballasts and many other devices, such as incandescent replacement CFL bulbs and LED devices, generate high power RF energy to efficiently drive their lighting devices. Without proper design and construction, these devices can cause havoc with everything from AM radios to wireless communications systems. Thus, the need for compliance testing by such organizations as Washington Laboratories. However, this testing is only done on pre-production units before mass manufacturing commences, leaving problems after FCC approval to the consumer. The Federal Communications Commission regulates interference in the US

When it comes to interference, FCC regulations shift the burden of responsibility to the end users of ISM equipment. Few building managers, electricians and maintenance people are even aware of RF interference, much less the potential for seemingly benign devices to cause it. Faced with a cost of thousands of dollars, in some cases, to exchange ballasts it is understandable that some interfering outfits would choose to do nothing, seeing no apparent harm. Imagine their consternation at receiving a federal fine of $16,000 just for having the lights on!

ISM interference can wreak havoc on not only voice communications in a wireless network, but more importantly the massive amounts of data flowing through new LTE networks. As the data load on these systems increases, many more cases of unintentional, and sometimes bizarre, RF interference are sure to arise.

Lighting not the only LTE Interference

Of course, ballast interference is only one type to which 4G LTE systems are susceptible. Carriers operating LTE networks at 700 MHz are licensed to do so by the FCC and are widely protected from both intentional and unintentional interference. FM station harmonic emissions, stray LED RF radiation, CATV signals, and even rusty bolts can generate enough interference on 4G LTE uplinks to kill data throughput. When it comes to interference from other licensed services, the onus is on the carrier to solve the problem at their expense, assuming the interferer is operating within their license terms and FCC rules. The lower 700 MHz, and soon to come 600 MHz frequencies are particularly vulnerable to harmonic-related radiations from FM broadcast stations.

FM broadcast interference has arisen as a result of the seventh harmonic of FM transmissions in the 88 to 108 MHz band falling between 616 and 756 MHz. The interference appears as noise about 1.4 MHz wide, a significant part of a wireless channel. It is a problem on LTE uplink frequencies where the LTE base receiver equipment is trying to detect very low level consumer transmissions. All FM stations emit these seventh harmonic signals, although they are highly attenuated, and almost universally within FCC emission limits. But, when the FM transmission system is high powered and located near the LTE antennas, that is not enough. Often new LTE sites are chosen without adequate research into the proximity of FM stations, and the new facilities are “put in harm’s way”.

There is no effective solution that can be implemented from the carrier site, except to relocate to another site, or abandon use of the affected channel(s).

Often, the solution is for the affected carrier is to arrange with the FM station to install a “harmonic filter” between the FM transmitter and antenna. The FM station is not liable for this expense, if it is operating properly, and is required by the FCC to offer reasonable cooperation to the carrier licensee to enable filter installation. However simple this seems, there are often considerable problems and expenses. Many FM stations are 20,000 watts or more, and filters are large, heavy, and expensive. Installation may actually require modification of the FM station transmitter room! Significant off-air time may need to occur to integrate the filter, for which most stations will want compensation. There is also the possibility that transmitter cabinet radiation, although within allowed limits, may be contributing to the problem. In that case, additional cabinet shielding or room shielding may be required. Total costs for solving an FM seventh harmonic problem may run to $50,000 or more. It is very important that a carrier having these type problems retain a consultant with extensive experience in both the broadcast and wireless technical worlds to minimize costs and facilitate the resolution.

Wireless licensees are not protected from all interference though! Many devices have to conform to emission masks. These are generally based upon susceptibility of consumer devices of the 1980’s and ‘90’s. Often, testing is not required above 1000 MHz. None of the standards take into account the very high sensitivity of current wireless equipment. These compatibility problems will become worse as the high density LTE data network evolves. For instance, an LTE uplink antenna 1000 feet from an interference source may be unaffected, but a small cell or DAS node may be located unknowingly within a few feet of the source, swamping that system completely!

A carrier is faced not with just locating an interfering source, but with remediating the interference. This no longer is a purely technical undertaking, as in the “old days”. A solution may require technical, legal, regulatory and business contributions.

Over the course of the last year or so, one technical consultancy firm has seen an increase in the demand for LTE base station interference troubleshooting. The demand for these fast response services has gotten so critical that Lawrence Behr Associates, Inc., a unit of LBA Group, Inc., has formed a highly specialized team to focus on RF interference remediation. This team of experienced, highly equipped personnel is being led by LBA’s Chief Technical Officer, Chris Horne, PhD, PE.

“These LTE base stations are very sensitive,” said Horne. “It doesn’t take a whole lot of noise to degrade transmissions.”

Carriers monitor their networks constantly and can quickly pinpoint when there is a problem in a particular area. Most of the major mobile communications providers have what are called key performance indicators (KPIs). These are 24 hour operational statistics on the operation of their network infrastructure. The KPIs consist of metrics regarding the transmissions going in and out of an LTE base station.

“When any KPI is out of its normal operating range on any given day, a cell phone company’s engineers attempt to determine what is causing the variance,” said Horne. “If a degrading of signal quality and data packet transmissions cannot be linked to an outage or equipment failure, then these engineers typically start looking for sources of interference and that’s when they seek expert assistance from companies like ours,” added Horne.

“LBA can not only find the source of interference, but also help negotiate a resolution if the interference source is coming from a third party,” said Horne. 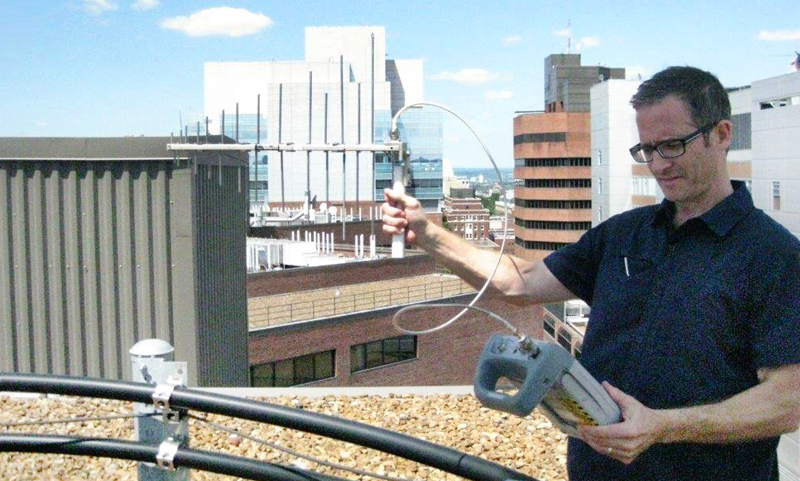 Carriers are finding it more and more efficient to contract an experienced RF services vendor that can quickly isolate the source of the interference, and then coordinate all the expert inputs needed to accomplish a win-win remediation.

Traditionally, interference issues were most often post construction intermodulation interference. In the new 700 MHz environment, to head off interference surprises, careful consideration must also be made of the RF interference environment, and remediation planned and budgeted, as part of the site acquisition process. This may include site RF noise measurements and other proactive investigations. Particularly when deploying in- building small cells and DAS systems, it’s important to educate the building owner and tenants about RF interference so problems which might arise from their operations can be quickly addressed and mutually resolved.

For more information on RF interference remediation, contact Mike Britner, mike.britner@lbagroup.com, 252-757-0279. Keep up with the LBA on Facebook at: www.facebook.com/LBAGroup.

13 New FCC AM Protection Rules You Need to Know!
Notes for risk and compliance managers